Peanut Butter Recall - It's Deja Vu all Over Again 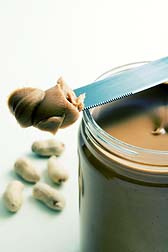 Just look at the similarities:

So what ever happened to ConAgra?

First, ConAgra sent a reported $80 million to completely rebuild the plant, fix the roof, and install new machinery along the production line. Then ConAgra spent the next 2 years spending millions more settling lawsuits around the country with the citizens that had been sickened. Then ConAgra spent countless millions more on advertising to "rebuild" the Peter Pan brand name. ConAgra also had to recall and destroy thousands of tons of contaminated peanut butter--to the tune of many more millions.

A worse fate awaits PCA. PCA is out of business. Stuart Parnell, PCA's owner, is facing criminal charges for shipping salmonella-contaminated product across the country. The Hartford Insurance company (PCA's insurer) is faced with numerous lawsuits seeking all $24 million in Hartford's insurance proceeds.