Researcher Reprimanded for Ties to GlaxoSmithKline

While pregnant women have to sift through the conflicting evidence regarding Paxil birth defects to determine whether or not the risk of reported Paxil side effects outweighs the benefits, news has emerged that at least 1 researcher had ties to GlaxoSmithKline, maker of Paxil, while he was conducting research about the drug. Although financial ties to the pharmaceutical industry are not uncommon for researchers, such a relationship can call into question the unbiased nature of research that is performed, especially when that research shows the positives of the drug involved. 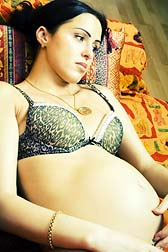 According to The Atlanta Journal-Constitution, Dr. Zachary Stowe, director of the Women's Mental Health Program at Emory University was reprimanded for "unreported activities" and "failure to abide by Emory policies." Furthermore, the National Institute of Mental Health has said it is also reviewing the doctor's activities, after it received reports that he received more than $250,000 from GlaxoSmithKline for conducting "promotional talks" on behalf of the drug maker.

Complicating the situation are reports that Stowe received that money while he was conducting research regarding the use of Paxil in pregnant women. In his defense, Stowe said that such relationships are common in research and that his acceptance of the money does not represent a conflict of interest. He also said that his studies regard mental health during pregnancy, which includes Paxil as a small component.

At least one study that Stowe was involved in found that Paxil is safe for breast-feeding mothers, according to The Wall Street Journal. Furthermore, a letter from Sen. Charles Grassley to the president of Emory University, dated June 2, 2009, notes that Stowe is the primary investigator "to study children delivered by women who may also be taking antidepressants," and a study, "that looked at fetal exposure to medications consumed by pregnant mothers."

Grassley's letter also notes that Stowe gave 57 promotional talks for GlaxoSmithKline in 2007 and 38 such talks in the first 10 months of 2008. Finally, he points out that in 2008, Stowe said in a deposition that pharmaceutical companies "paid him to write review articles for scientific journals."

Both Emory and GlaxoSmithKline have faced this situation before, according to the Journal-Constitution's report. In October 2008, Dr. Charles Nemeroff, then chairman of Emory's Department of Psychiatry, resigned his position after Emory discovered that Nemeroff had not disclosed approximately $800,000 he received from GlaxoSmithKline. Nemeroff had been involved in research involving GlaxoSmithKline products.

More PAXIL News
While some studies, including those published in The New England Journal of Medicine, have found a link between Paxil and certain birth defects, other studies have suggested that the link is small and the benefits of the drug still outweigh the risks. However, if it is seen that those studies were not conducted independently—that is, if they are seen to have been influenced by the drug's maker—then the results of those tests could be called into question.

Meanwhile, women who have had babies with birth defects after taking Paxil and other selective serotonin reuptake inhibitors (SSRIs) while pregnant are left to ask if their use of the medications might have resulted in their children's health problems. Those problems can be life-threatening, including persistent pulmonary hypertension of the newborn (PPHN) and even if the children survive, they can endure a lifetime of medical appointments, procedures and surgeries.