In a world in which you always hear about things going wrong, it's important to sometimes note the things that are going right, for balance. Ditto for California overtime. California overtime laws ensure that employees who qualify have a right to California overtime pay—and according to the Associated Press (AP) yesterday the state of California paid out a whole whack of overtime in the past five years. 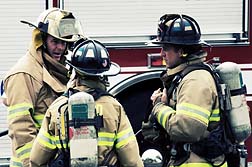 You can expect the state, which regulates overtime, to play and pay by the rules. However in describing the kind of overtime stipends some state workers are earning, it serves as a reminder to those who are being stiffed—or suspect they are—to stop being taken advantage of and pursue what is rightfully your due.

According to AP the state launched the audit after Governor Arnold Schwarzenegger imposed a series of unpaid furloughs on state employees to help ease a massive deficit.

The results of the California overtime audit are staggering: the state paid out $2.1 billion since 2004—and a lot of that went to employees in certain sectors.

The highest overtime payments went to 26 firefighters, four highway patrolmen and 110 employees at the departments of Veterans Affairs, Mental Health, and Developmental Services.

For example, some state employees claimed more than $150,000 in overtime in a year. That's over and above regular pay. Nineteen of the 489 nurses at the Napa State Hospital averaged $78,000 in regular pay and $99,000 in overtime, while 27 of the 430 psychiatric assistants at the Sonoma Developmental Center averaged $41,000 in overtime on top of their average $33,000 annual salary.

More CALIFORNIA OVERTIME News
Elaine Howle, Auditor for the state of California, admitted that some state facilities are understaffed. And there are alleged problems in the system: Howle criticized union contracts at the Mental Health and Developmental Services departments that allow employees to claim overtime even if they have been off work during other parts of the pay period.

To that end a state law blocked that practice earlier this year, but the statute can be overridden by any future collective bargaining.

Nonetheless, the point here is that overtime, either for scheduled overtime or extra hours that come along unexpectedly, is required to be paid according to formulae and guidelines contained in state law. As the foregoing shows, some employees of the state itself earned more overtime in a year than their base pay. While this can't be said of every industry sector the fact remains there are many employees in various sectors who are routinely denied overtime by their employer, or don't bother putting in for it.

If you have suffered losses in this case, please send your complaint to a lawyer who will review your possible [California Overtime Lawsuit] at no cost or obligation.
Request Legal Help Now