A class action lawsuit has been filed against two regional contractors based in California, alleging various labor violations including unpaid California overtime.

ACS Construction, and Melchiori Construction were the target of an action filed in Santa Barbara County Superior Court that will seek at least $1 million in purported lost wages on behalf of unionized electrical workers in the Tri-Counties area. 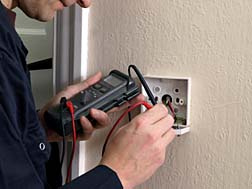 The lawsuit centers on the renovation of the 84-year-old Granada Theatre, located on State Street in Santa Barbara. The $50 million renovation to the 1,553-seat theatre turned into a 'round-the-clock exercise in an effort to meet the deadline brought about by a previously scheduled opening performance. The work was completed on time, but not without the infusion of countless hours of overtime—overtime that allegedly was not paid by the contractors cited as defendants in the lawsuit.

Plaintiffs include Shane Roberts and Troy Turano, who toiled as electricians for ACS in tandem with a number of other organizations. To further complicate matters, ACS served as a sub-contractor on the Granada project for Melchiori—and while the latter is named as a defendant in the class action, lawyers believe that ACS will be held mostly responsible given that it was ACS who determined what employees were to be paid.

Among the allegations made by the aggrieved employees, was the requirement to work overtime without being paid a rate of one-and-one-half times the basic rate of pay for the extra hours, together with the requirement that plaintiffs work off-the-clock for certain periods, which generated no pay at all. What's more, the plaintiffs allege that required meal and rest periods were denied, and mandated safety meetings were not held. Still, the plaintiffs allege that they were required to sign attendance sheets for meetings that never happened.

It is further alleged that the defendant retaliated by terminating the employment of one of the plaintiffs, in response to a complaint about receiving incorrect wages.

ACS responded May 16th in comments published in the Pacific Coast Business Times. "This thing is all fabricated," said ACS founder Rod Walters, who had yet to be served the day he responded. "We've done nothing wrong, so I don't know what they're trying to do--if this is the union wanting to create problems for us--but we've done nothing wrong."

Mark Melchiori is the President and CEO of Melchiori Construction, and while he plans to support ACS, he told the Pacific Coast Business Times that he believes it to be an issue inherent with ACS.

More CALIFORNIA OVERTIME News
"They're the ones who employed the electricians and do certified payroll," Melchiori said. "They're responsible for the labor code and all that. We happen to be the general contractor for the job, and I guess [those are] the perils you take."

Lawyers for the plaintiffs expect there to be "several hundred" workers in the class, as the class-action is expected to look beyond the Granada Theatre project in Santa Barbara, according to Oakland-based attorney Ellyn Moscowitz. "It is our experience that employers that do these kinds of policies don't just do it on one project," she said.

The alleged violations attached to the class action include failure to pay correct wages and overtime, failure to provide meal and rest breaks, payroll tax fraud, and retaliation.

The expected $1 million-plus in damages for lost wages would not include penalties for other alleged violations.

If you have believe you have been a victim of Unpaid Overtime practices, please contact a lawyer involved in a possible [Unpaid Overtime Lawsuit] to review your case at no cost or obligation.
Request Legal Help Now