Women who suffered negative side effects after using the Ortho Evra birth control patch are filing lawsuits against Ortho McNeil, makers of the birth control patch. The suits allege that the patch resulted in serious health problems, including blood clots, strokes, and heart attacks. In some cases, the family members of women who died after using the patch are filing their own lawsuits. 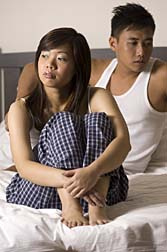 Now, many women are saying their lives were ruined by the Ortho Evra patch. A Colorado news report cited six women, three who had blood clots and three who had pulmonary embolisms. They all said they were never warned about the risks associated with using Ortho Evra but they have suffered from serious side effects. One of the women said she had a blood clot that went from her ankle to her knee. Another said she thought she was going to die.

The reason that Ortho Evra patches carry a higher risk of problems, including clotting, heart attacks, pulmonary embolisms, and strokes, is that the patch has 60 percent more estrogen than common 35 microgram oral contraceptives. Synthetic estrogen, which is one of the hormones in the patch, also promotes blood coagulation. Women who used the patch were not informed that their bodies would be receiving extra estrogen.

Women who were affected by the Ortho Evra patch are now filing personal injury lawsuits against Ortho McNeil and other companies involved in developing the patch. One lawsuit, filed in Santa Clara County, names 46 plaintiffs. Most of the women were in their teens and 20s when they used the patch. The suit alleges that clinic trials alerted the patch makers to health risks before the patch went on the market but the companies downplayed those risks.

One of the women who filed a lawsuit, Melissa Arbino, alleges she had four blood clots by the time she was 24. Furthermore, at least 23 lawsuits have been filed claiming that the use of the Ortho Evra patch resulted in the death of the user, including the death of a 14-year-old.

More News
According to one website, orthoevraisharmful.com, Johnson & Johnson learned of the risks in the patch during clinical trials when two women developed blood clots in their lungs. However, the company still decided to market the patch and did not include a warning about the increased risks.

A study, released in the February 2007 issue of Obstetrics and Gynecology, found that users of the Ortho Evra patch were at over double the risk of developing clots than women who took birth control pills.