Ortho Evra: Estrogen Varies Depending on Where You Wear it.

It's been nearly three months since the advocacy group Public Citizen blasted the US Food and Drug Administration (FDA) over the Ortho Evra contraceptive patch, and its lobby to get what it feels is a dangerous and unsafe product off the market.

One look at the actual Public Citizen petition, dated May 8th of this year, and you suddenly get the feeling that you wish Public Citizen was riding shotgun on the nation's drug industry, rather than the FDA. This is not a "we, the citizens feel Ortho Evra should be dumped" followed by a bunch of signatures. 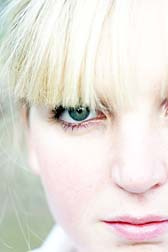 To the contrary, this is a detailed and highly thorough argument that shows obvious preparation, and passion on the part of an organization that truly has the welfare of women at heart.

It is clear that Public Citizen is not fond of Ortho Evra, a birth control product fondly referred to as "The Patch" by users. And there's no question that fans of Ortho Evra love The Patch for its convenience. You wear it, and forget it for seven days. Repeat that two more times, then go without one for the fourth week. Bob's your uncle. There is no Pill to forget to take, to upset your stomach, to be forgotten in your other purse.

Here's the problem. It is not, according to its critics, safe. Too much estrogen is released, exposing women to a high risk for the development of blood clots, together with other side effects. And there have been deaths—to young women even—thought to be linked to the Ortho Evra patch. What's even more disturbing is the allegation that Johnson & Johnson knew about potentially higher levels of estrogen in the Ortho Evra patch, "as well as the greater variability in estrogen delivery before FDA approval in November 2001," according to the petition. Ongoing litigation on behalf of women injured or killed after using the Ortho Evra patch, revealed two unpublished studies that suggest the manufacturer knew more than it was telling.

Public Citizen also makes the point that a host of side effects are not outlined on the product label.

The problem Public Citizen appears to have with the Ortho Evra patch is summarized this way:

Possible two-fold increased risk of venous thrombosis (typically, painful blood clots of the leg which can travel up to the lungs and cause death).

Increased risk of side effects such as breast discomfort, severe menstrual pain, nausea and vomiting.

A 50 percent increased likelihood of discontinuation.

No improvement on contraceptive outcomes.

Public Citizen goes on to reveal that not only does the Ortho Evra patch contain higher levels of estrogen (and three reports back that up), but also that the Patch reveals greater variability of exposure to Ethinyl Estradiol than the Pill. While there is variability, with various peaks and troughs inherent with estrogen dosing in pill form, it was thought that the Ortho Evra transdermal patch would serve as an improvement. However, the practice does not back up the theory, and the Ortho Evra patch has been found to be worse than a contraceptive in pill form, when it comes to variations in estrogen exposure.

More ORTHO EVRA News
It has also been determined that different amounts of estrogen are released according to where the Patch is worn on the body. For example, an Ortho Evra Patch can deliver up to 20 percent more estrogen if worn on the buttock, arm and torso, than were it to be worn on the abdomen.

Public Citizen is careful to point out that even a flawed contraceptive is better than no contraceptive at all, and makes the point that the FDA should foster a six-month window, in order to given women the opportunity to learn of the proposed removal of Ortho Evra from the market, and provide them with ample opportunity to switch to an alternative in concert with their doctor.

But Public Citizen makes no bones about the fact that it wants the Ortho Evra contraceptive patch off the market before it harms, or kills more women.

And it goes to exhaustive, and painstaking lengths to make that point. Which causes one to wonder, were it Public Citizen running the show instead of the FDA, how different our Pharma world might be…