Ortho Evra: 4.4 Seconds of Information that Could Change Your Life

A recent study out of the UGA Grady College of Journalism and Mass Communication, University of Georgia, has found that most prescription drug ads on television do not present 'fair balance'. Ironically, the study points to recent ads for the Ortho Evra birth control patch as an example of balanced advertising, stating that their recent ads give equal emphasis to the risks and benefits.

This is startling. How does one accurately convey the increased risk for serious adverse events stemming from blood clots--such as risk for stroke, heart attack and deep vein thrombosis--in less than 20 seconds? If this is truly considered to be representative of fair balance by a school of journalists, the implications are deeply worrying on more than one level. 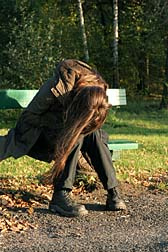 Take for example, the study's findings that on average, a 60 second commercial contained less than eight seconds, or 13 percent of the total ad time, of information on side effects associated with the medication. And a 30 second ad contained less than 4.4 seconds of potentially off-putting side effects. That's 15 percent of the total ad time. Would you thoroughly comprehend that you could die, that you are putting your life in jeopardy by using the patch, in 4.4 seconds? Or even eight seconds, let's give them the benefit of the doubt.

Aside from the time issue, most of us are watching these ads when we're doing at least five other things, and may even have turned the volume down on the advertising portion of the program. And we do that because the ads are formulaic, a fact borne out in another finding from the study, which is that 88 percent of the week's worth of television ads the researchers studied spent less than 10 percent of the total ad time on presenting risk information. So it sounds like they know your viewing habits and plan accordingly.

Bottom line? Chances are fairly good you are not getting all the facts presented in a way that you will take in.

More ORTHO EVRA News
But what would an accurate yet catchy television ad for Ortho Evra say? After all, the drug carries a special warning mandated by the Food and Drug Administration (FDA) resulting from a large body of data which shows the patch is seriously dangerous, doubling the risk for clots and resulting in events such as heart attacks and stroke. This is borne out by the hundreds of lawsuits now facing the pharmaceutical company, filed by women who have suffered near death experiences, and worse, families of women who have died while using the Ortho Evra birth control patch.

The one bit of good news in all this is that despite the smoke and mirrors of television marketing women are wising up, slowly. Prescriptions for the patch have dropped from 9.9 million in 2004 to 2.7 million in 2007. The bad news is, we're still using it.