In August 2008 it will be six years since the Food and Drug Administration (FDA) began noting adverse events such as deep vein thrombosis (DVT), blood clots, pulmonary embolism (PE), heart attack, and stroke associated with the use of the Ortho Evra birth control patch. Yet, astonishingly, the product is still on the market.

Worse, despite Johnson and Johnson's claims that they are losing market share because of the increasing public knowledge of life-threatening side effects resulting from the patch, it appears to be being prescribed in increasing numbers to adolescent girls in the US. 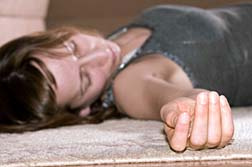 According to recent results of a study published in the medical journal Contraception that tracked trends in prescribing patterns of hormonal contraceptives for adolescents, "The proportion of desogestrel-containing prescriptions was approximately 10 percent throughout the study period. In other words, Ortho Evra accounted for a steadily increasing proportion of prescriptions. "With regard to contraception and thrombosis risk, a significant minority of adolescents are prescribed desogestrel-containing contraceptives, and a greater number are exposed to higher levels of estrogen from transdermal contraception," wrote S.H. O'Brien and colleagues, of the Research Institute at Nationwide Children's Hospital, Center for Innovation in Pediatric Practice, Columbus, OH, where the study was conducted.

And the investigators also found that, "The majority of prescriptions arose from obstetrics/gynecology clinics." Isn't this a population of physicians who are considered specialists in women's health, and are informed about these issues?

The investigators concluded, "Future studies are needed to evaluate the absolute risk of thrombosis in adolescents using these formulations so clinicians have accurate safety information when prescribing to this unique population."

This would seem to indicate that despite a reported 40 deaths allegedly resulting from the use of the Ortho Evra patch, and more than 3,000 lawsuits filed against Johnson and Johnson for injuries and damages resulting from the product, no scientific study has been done to evaluate the 'risk for thrombosis'.

How can this be? The fact that deaths, strokes, and heart attacks have been reported in women using the patch for more than half a decade and is not cause in itself to launch a study is deeply troubling. And, it would seem to reflect an attitude of nonchalance. It makes one pause to consider whether women's health issues, which would seem to include death from birth control, really matter, despite half a century of lip service.

More ORTHO EVRA News
On the other hand, one could argue that a study is not necessary. The scientific facts speak loudly enough of the dangers. Consider that in 1988, the FDA requested the withdrawal of oral contraceptives with estrogen levels higher than 50 micrograms because of the risk of blood clots. The patch contains estrogen equivalent on average to a 56-microgram pill. Where's the gray area? Why even do a study--wouldn't an FDA request for withdrawal be enough? Apparently not.

And so, it seems likely that we will continue to read about women suffering life threatening illness, and see the body count rise, until big business can no longer withstand public pressure. It is vital that women speak out about this, and take legal action when and where they can, because it is our only recourse.