Ortho Evra Patch Side Effects— from Headache to Pulmonary Emboli

Women who wear the Ortho Evra patch may want to pay more attention to minor side effects, such as headaches and leg aches. In Lisa's case, going to the emergency room because she had respiratory problems may have saved her life. "It was discovered after testing that I had pneumonia, and after additional X-rays they found pulmonary emboli," she says. 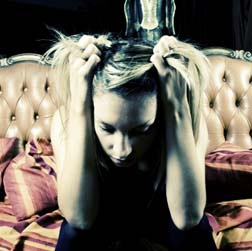 Many women who have worn the Ortho Evra transdermal birth control patch have developed a condition called Deep Vein Thrombosis, commonly called a blood clot. If left unchecked this dangerous medical complication can cause strokes and in some cases, lead to pulmonary embolisms (PE).

Angela (not her real name) also suffered multiple pulmonary emboli. "They found the emboli in my lungs after being on the Ortho Evra patch," says Angela. " While wearing the patch, I became pregnant and had a miscarriage on April 1st, 2005. I then started using the patch again for about 4 weeks and then found out that I was pregnant again! In June of 2005 I wound up in ER after having symptoms of chest pain, headaches, jaw pain, swelling in my legs, and tingling in arms and hands. I was hospitalized and was in ICU for 4-5 days after they found multiple pulmonary emboli in my lungs. I got to go home with a prescription for lovenox [an anticoagulant therapy indicated to help reduce the risk of developing DVT, or deep vein thrombosis], which I had to take for the rest of my pregnancy—taking any medication, even aspirin while pregnant was worrisome and risky but I had no choice."

In 2005, Paula developed "many little blood clots" in her lungs after being on the patch for about two months." I was hospitalized for a week and had to take blood thinning medication for 6 months after I came home," she said, "and to this day I still have to be checked every year to see if the clots will return."

" On June 23rd 2003, I suffered a pulmonary embolism as a result of using the Ortho Evra birth control patch," says Julia. "I passed out at work and was admitted to Mercy Medical Center in Baltimore, Maryland. I was admitted in the intensive care unit and was discharged a week later, one very scared woman."

When Alice was prescribed the patch in 2006, she experienced a mild stroke. It started out as a migraine; luckily she had the wherewithal to seek medical attention immediately. "By the time I got to ER I couldn't feel the left side of my body," she said. "I fainted at the hospital and woke up in a bed where I stayed for the next week." Alice's doctor had taken the patch off her arm and she was told never to take the patch or the birth control pill ever again because she could suffer another stroke.

Belinda (not her real name pending a lawsuit) thinks the patch was responsible for a brain aneurysm that "nearly killed me in January 2007," she said. "Since then I have high blood pressure, which I never had before this occurred. I was hospitalized for 4 months, and underwent physical therapy for another 3 months to regain mobility.

More ORTHO EVRA News
While Debra didn't suffer such severe—and potentially lethal--side effects as those described by the women above, she is concerned. " I experienced several symptoms in the last year and a half while on the patch," she said. " I did not really hear much about the Ortho Evra lawsuit till this past year and didn't put much thought into contacting anyone because I did not know if I had a case. I experienced severe headaches, a racing heart, breast pain, and severe menstrual cramping…I could only wear the patch on my thigh because it made my heart race real bad when I had it anywhere on my upper body (torso or arm)."

Ortho Evra critics advise women with even the slightest side effect to seek medical help, no matter how insignificant you think it may be. What could start out as a respiratory issue or an ache in your leg could wind up as DVT or pulmonary emboli and that has the potential to kill you.

Posted by
Farrah
on October 1, 2014
i was browsing the net for "headaches associated with Evra" and it lead me to here, which in my surprise that im putting my life in danger after reading this testimonials from other women.
im in my second month of the patch, have this headache, nausea eversince. i really thought im pregnant because of the symptoms. then i thought maybe i have hyperacidity attack because im always nauseous. i have to take tylenol early in the morning to start my day otherwise im paralyzed bec of the headache. sometimes i feel adrenalin rushm that turns my face red nd feels hot and subsides after awhile. i did not feel any cramps though.

now i dont know if i should stop and not finish the pack/box. is ortho evra really that dangerous. but i dont want to get pregnant. and why doctors recommend it if it puts ur life in risk.??