The question of 'why' is the million-dollar question. 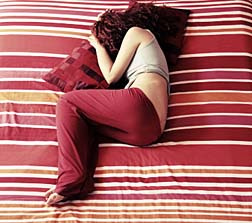 The allegation surfaced long ago that Johnston & Johnson (J & J), and its subsidiary Ortho-McNeil, knew about problems with the Ortho Evra patch, but sat on the information. There was even the allegation that an internal Ortho McNeil memo showed that the company refused, in 2003, to fund a study comparing its Ortho Evra patch to its Ortho-Cyclen pill because of concerns there was "too high a chance the study may not produce a positive result for Evra."

Meanwhile, the label on Ortho Evra has been updated several times, outlining the substantial risks.

And yet, the Ortho Evra patch remains on the market in spite of a growing, and a very real concern that the product poses a risk of blood clots—a medical condition that can, and has proved fatal. J & J has shelled out nearly $69 milllion to settle claims thus far, and will likely be shelling out more given that more claims and cases are coming in.
The latest case was filed December 1st on behalf of a Texas woman. Karenetha Easterwood, 36, sufferred a pulmonary embolism—or blood clot—in her lung. Few survive.

The Easterwood lawsuit argues that warning labels on the Ortho Evra birth control product were inadequate prior to January of 2008, when the warning label was updated to include the risk for serious and potentially fatal blood clots, known scientifically as venous thromboembolism (VTE). Along with the latter warning, conflicting information with regard to the risk being greater than that associated with the Pill, was removed.

Critics say that the strengthened warnings in January of this year were a case of too little, too late.

The first label change, coming three years after the Ortho Evra patch was introduced, emerged in 2005. It stated that women using the product were exposed to 60 percent more estrogen than the birth control pill. That, in itself, is a misnomer in that the Ortho Evra patch was designed, and originally thought to deliver less estrogen than the Pill. Thus, it was thought to be safer.

The capacity for elevated estrogen levels to pose a risk for blood clots is nothing new. That's why the medical community was so excited at the idea of a trans dermal patch, and the convenience it offerred. Combine that with lower levels of estrogen, and they thought they had a winner.

The signs were certainly there. Women embraced the Ortho Evra patch, and the launch of the product was the most successful launch of a contraceptive in history. Until women started getting sick, and women started dying.

And then someone realized just how the Ortho Evra patch works, in comparison with an oral contraceptive, like the Pill. In layman's terms, The Pill delivers a quicker, and a higher spike of estrogen than the patch, but it settles right down again. The patch, on the other hand, sits on the skin for three weeks straight and delivers a lower, but more consistent dose of estrogen to the system. That, and the fact that absorption levels vary according to where a woman wears it, carries the potential for higher average estrogen levels over a prolonged period.

Women who take issue with the Ortho Evra warning label change of 2005, which indicated an increase in estrogen levels of 60 percent, make the point that unless you know what estrogen is and what it can do, such a warning means little. The label update of 2006 wasn't much better: the latter update suggested that the Ortho Evra patch potentially doubled the blood clot risk, but conflicting information on the label referenced a study that suggested Ortho Evra carried an equal risk as that of the Pill.

Who do you believe?

Finally, in January of 2008 the cards were finally played: the threat of fatal blood clots was finally given its due, and the confusing and conflicting information was at long last banished.

More ORTHO EVRA PATCH News
Far too late, sadly, for many women. There have been dozens of deaths, the youngest being 14. J &J has paid out millions, and likely will pay out more. Sales of the product are continuing to drop, and Public Citizen, the consumer advocacy organization, continues to petition the manufacturer, and the US Food and Drug Administration, to have the product banned.

But it isn't. Why? Surely, the benefits must continue to outweigh the risks. Surely the manufacturer must be earning more from the product, than it is costing them in lawsuits. And surely the product label is explicit enough, that if you enjoy and rely on the convenience of the Ortho Evra patch, and choose Ortho Evra birth control as your preferred method of contraception, you now know the risks. They're there, in black and white. It's up to you, to choose.

Just don't choose the Ortho Evra birth control patch for your daughter. Please. Convenience and peace of mind, is not worth the risk of dying for…

If you have suffered losses in this case, please send your complaint to a lawyer who will review your possible [Ortho Evra patch Lawsuit] at no cost or obligation.
Request Legal Help Now