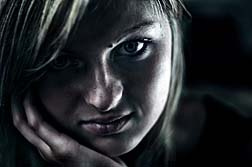 One of those cases involved Ashley Lewis, a high school junior from St. Louis who died in 2003 at the age of 17 from a blood clot in her lung after using the Ortho Evra patch for a period of just 6 months.

Another claim is from the family of Stephanie Rosfeld, a 25-year-old assistant volleyball coach at the University of Cincinnati. The otherwise healthy Rosfeld died of a heart attack in 2004 after using the Ortho Evra patch for less than a month. The legal team which is litigating her case on behalf of the family suggests in an October 10, 2008 report in Bloomberg News that there were no other potential causes of death identified, and that the evidence pointed to a blood clot which caused the heart attack.

And then there was Alycia Brown, a 14-year–old who hailed from La Crosse, Wisconsin. Upon her death she was found to have two blood clots in her lungs. J&J agreed to settle last year for $1.25 million, but denied any wrongdoing. In a document dated April 21, 2007 and reviewed by Bloomberg News, J&J denies that Brown's use of Ortho Evra "in any way caused or contributed to any such injuries, losses or damages.'' J&J said it was "mindful of the uncertainties engendered by the possibility of litigation and are desirous of settling.''

Zakiya Kennedy is yet another alleged Ortho Evra patch victim. Kennedy was an 18-year-old college student who died after using the Ortho Evra birth control patch. J&J settled that case in a State court in Manhattan, last year.

So far, it has been reported that J&J has spent $68.7 million to settle hundreds of lawsuits, the terms of which are not disclosed. There will likely be more money going out the J&J door, as complaints have been filed on behalf of 4000 women in State and Federal courts.

It is alleged that the company withheld, or altered data about the risks of high levels of estrogen released by the Ortho Evra patch. More than 5 million women have used the patch since the product was introduced into the market in 2002. Johnson & Johnson voluntarily strengthened the warning label in 2005, 2006 and 2008 in concert with the U.S. Food and Drug Administration.

And yet the Ortho Evra patch continues to be available, a fact that displeases Public Citizen to no end. The high-profile advocacy group announced in May of this year that it wanted the Ortho Evra patch banned, with a six-month window to facilitate opportunities for women to switch to another product.

"It still has dangerously high levels of estrogen,'' said Sidney Wolfe, director of the group. "There are no unique benefits. If there is a drug with no unique benefits, and it has unique risks, and there are alternatives, why should anyone use it? What is the purpose of the FDA if not to regulate products like that?''

Johnson & Johnson continues to defend its product, even though sales have dipped.
"Ortho Evra provides a needed birth-control option for women and physicians,'' said Gloria Vanderham, a spokeswoman for Ortho Women's Health & Urology unit, a division of J&J subsidiary Ortho-McNeil Pharmaceutical. "When used according to the FDA-approved label, Ortho Evra is a safe and effective method of hormonal birth control."

More ORTHO EVRA News
However, the FDA's web site references the results of three epidemiology studies, two of which reveals a doubling of the risk of serious blood clots compared with typical birth-control pills. The results, according to the FDA online, "support FDA's concerns regarding the potential for use of Ortho Evra to increase the risk of blood clots in some women.''