The Ortho Evra birth control patch was meant to simplify women's lives, not cause them life-threatening side effects including blood clots, heart attacks, and stroke. Worse, some women have died, which is truly horrific, but so are the survivors' stories.

Take, for example, what happened to Jody Fain, a 32-year old mother of two from Kentucky. She began using the Ortho Evra patch because she and her husband had decided their family was just the right size. The patch sounded like a great birth control option because, by her own admission, Jody wasn't a very good pill taker. Within days of applying the patch she began to feel unwell. She started having severe migraines, so bad in fact that she couldn't go to work. 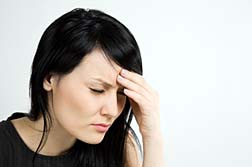 The headaches became so extreme, over such a short period of time, that she went to emergency, where she passed out. When she came round she was still in the hospital, but under doctors' care. She had had a stroke. Jody couldn't even remember who the current president of the US was.

To try and find out what caused this vibrant young woman to suffer such an extreme event, the doctors asked Jody's husband if he knew of anything recent and unusual that had happened in his wife's life. After some serious thought, he remembered that she had recently started on the patch. He went back to the hospital and told his wife to "rip that thing off."

Another young woman, Kimberly Piece of Alabama, went to hospital because her face had become swollen, she couldn't see properly, and she felt weak all over. She was using the birth control patch. According to her testimony in a New Jersey court she was told by doctors at the hospital that she had suffered a mini-stroke – known as a transient ischemic attack or TIA. The doctors had advised her to put her affairs in order. But she survived, and says she feels lucky to have escaped the experience with her life.
Melissa, also just 32 years old when she was on the patch, suffered a cerebral haemorrhage and had to have a hole drilled in her skull so doctors could drain fluid trapped in the brain.

More ORTHO EVRA PATCH News
Sadly, these women represent the tip of the iceberg in terms of the types of incidents that have occurred in association with the patch. Women and teenagers have died while using it. There's the case of Ashley Lewis, a 17-year old cheerleader in St. Louis who dropped dead of a pulmonary embolism while on the patch. Sasha Webber was 25 years old and a mother of two when she died. Her death is also believed to be associated with side effects from the abnormally high hormone levels in the patch.
So far, the youngest female to die while using the patch is Alycia Brown, from Wisconsin. She was just 14 years old.

While some of these incidents occurred several years ago, thousands of women and adolescent girls are still at risk, and still suffering these types of events when they're on the patch. Young, apparently healthy women across the United States are still telling Lawyers and Settlements of their painful--and in many cases life-threatening-- experiences associated with the Ortho Evra Birth Control Patch. And they are still filing complaints to this day. The only thing possibly more shocking than these women's stories is the fact that the patch is still in use.