Teen sex is every parent's worst nightmare—especially the thought of your teen experimenting with such an ultimate intimacy far too young. However, just imagine the nightmare experienced by the parents of a 14-year-old girl who died after being put on the Ortho Evra contraceptive patch.

Alycia Brown is considered to be one of the youngest, if not THE youngest women to die while taking the much-vilified Ortho-Evra patch. The girl was an average eighth-grader in La Crosse, Wisconsin who liked to hang with her friends and do what teens do… 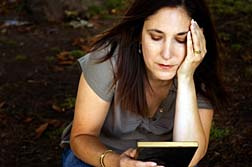 Including having sex. Or at least, that's what her parents had feared. The age-old argument of 'kids are gonna do what they're gonna do' aside, Alycia's parents felt that the responsible response to their fears and / or assumption was to put their daughter on some form of contraception.

Injection was out of the question, as the girl harbored a fear of needles. And oral contraceptives only work when the client remembers to take them. In the end, Alycia's parents settled on the Ortho Evra contraceptive patch as the best hedge against their daughter potentially compromising her life with an unwanted pregnancy.

The outcome, as it turned out, was far worse. After using the contraceptive for only eight weeks, the 14-year-old girl developed blood clots in her lower pelvis, and she died.

Her grieving parents launched a lawsuit against Ortho-McNeil and parent company Johnson & Johnson, one of thousands of lawsuits to come out of the woodwork since news of the demon associated with the Ortho Evra patch surfaced, and the revelations that have surfaced.

Revelations such as the 500 reports allegedly received by Ortho-McNeil suggesting serious health problems with the Ortho Evra patch over a two-year period, compared with just 61 reports of issues with all other types of oral contraceptives.

Then there was the investigative report by the Associated Press, which revealed an alleged internal Ortho-McNeil memo citing the refusal to fund a study comparing the Ortho Evra patch with the company's popular Ortho-Cyclen oral contraceptive, over fears that Ortho Evra would perform poorly and fail to produce a positive result.

The latter would surely hurt sales and throw a wrench into the company's marketing efforts of a product approved by the US Food and Drug Administration (FDA) In November 2001.

However, at least two years before the Ortho Evra patch came onto the market, the advocacy group Public Citizen was waving the red flag with regard to third-generation contraceptives due to the fear over an increased risk of blood clots when compared with the older, and proven second-generation birth control pills taken orally.

When two relatively young participants in the original clinical trial for the Ortho Evra patch developed blood clots in the lungs, Ortho McNeil allegedly viewed the outcome as insignificant, and disagreed with an FDA medical reviewer who raised the alarm bells over the two cases.

They didn't listen to him, either—even after he recommended that the product labeling "should reflect the possible increased risk of venous thromboembolism (VTE) [blood clots] associated with this new transdermal combination hormonal contraceptive containing the new molecular entity progestin norelgestromin (17d-norgestimate)."

More ORTHO EVRA News
This recommendation, and caution was issued well before Ortho Evra was approved in 2001. It was given the nod by the FDA in spite of the warnings of one of its own medical reviewers.

It appears the concern for blood clots cited by the FDA reviewer has come to pass. And yes, the Ortho Evra patch has a black box warning, the strongest cautionary note available.

But that's not good enough for Public Citizen, which has exhaustively petitioned the FDA
to mandate the removal of the Ortho Evra patch from the market. Birth control is important, the advocacy group says, and women should be given sufficient time to seek, and test a safe alternative.

Give it a year, Public Citizen says. Then get the Ortho Evra patch the hell off the market.

The parents of the late Alycia Brown, together with thousands of people who have filed lawsuits, could not agree more…