Just a few weeks after the US Food and Drug Administration (FDA) revealed its safety review of diet drug Alli due to reports of orlistat side effects and orlistat liver damage, alli manufacturer GlaxoSmithKline (GSK) has launched a defense of its weight loss drug. 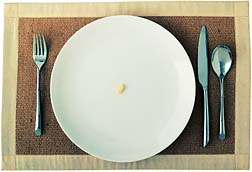 Accompanied by a video presentation featuring Dr. Vidhu Bansal-Dev, identified as "a medical director on alli for GlaxoSmithKline Consumer Health Care," GSK stresses that "alli is safe and effective and there's no evidence to suggest alli causes liver injury. In fact, the FDA has said that consumers should continue to use alli as directed."

Which is true. According to its August 24th release the FDA is "not advising physicians to change their prescribing practices at this time." The agency also said that consumers taking Xenical should continue to take it as prescribed, and those using alli also should continue to use the product as directed."

Xenical is a stronger, prescription form of orlistat (120mg) manufactured by Roche Pharmaceuticals and approved by the FDA in 1999. Alli, at 60mg was approved for over-the-counter use in 2007.

The GSK response, which was released through PRNewswire September 2nd, stresses that it is normal practice for the FDA to review the safety of products from time to time and "this does not mean that FDA has concluded that there is a risk."

According to GSK orlistat is the "most-studied weight-loss medicine. Its safety has been established through 100 clinical studies involving more than 30,000 patients."

More ALLI News
And yet, in its August 24th review announcement the FDA said that in the nine-year period between 1999 and 2008 it received 32 reports of serious liver injury in patients taking orlistat. Of those, 27 required hospitalization and six cases resulted in liver failure.

GSK countered with the "high prevalence of liver disease in people who are overweight. It is estimated that about 15-20 percent of obese people have liver injury due to excessive fat in the liver. Additionally, in obese individuals, gradual weight loss can prevent injury or improve liver function."

GSK referred to "liver-related series adverse events," stressing later on in the release that "we are actively working with the FDA to better understand the reports it has received."

According to GSK 40 million people have used orlistat worldwide since 1998 with six million using alli. Of those six million, the FDA has identified liver injury in two patients since 2007.

The debate over alli and orlistat liver damage continues.

If you have suffered losses in this case, please send your complaint to a lawyer who will review your possible [Alli Orlistat Liver Damage Lawsuit] at no cost or obligation.
Request Legal Help Now