It is necessary for the colon to be free of solid matter to allow a doctor to examine the large colon and part of the small bowel during a colonoscopy. Purgatives (also known as bowel cleansers) such as oral sodium phosphates, which were readily available over-the-counter until recently, are generally administered to clear out the bowels and patients would alter their diet for up to 3 days before the procedure. 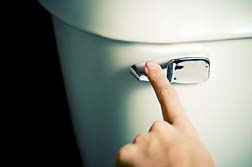 Oral Sodium Phosphate products have a long history of safe use as laxatives, so why did one manufacturer whithdraw its OSP from the market (Fleet Phospho-soda) and now the FDA plans, as of May 2009, to slap black box warnings on other OSPs?

Perhaps the manufacturers were overly-zealous in marketing their products: In the 1990s, OSP manufacturers often recommend twice the normal dosage of these drugs before an examination. For over 15 years, C.B. Fleet Co. promoted use of its solution at double doses to cleanse the bowels as part of colonoscopy prep before it was recalled in December 2008.

That may have boosted sales but so many patients have reported adverse events from OSP products that the "double dose" marketing ploy has likely backfired. When taken as a purgative dose for bowel cleansing, patients reported serious side effects, including electrolyte disturbances and kidney injury or acute phosphate nephropathy, known as kidney failure.

In 2006, after receiving about 20 reports of kidney failure over the course of about two years the FDA finally issued an OSP safety alert. Three of the cases were biopsy-proven of acute phosphate nephropathy, although the onset of kidney injury in these cases varied: some occurred within several hours of use of these products and in other cases up to 21 days after use. Health Canada received 53 Adverse Reaction Reports in association with oral sodium phosphate products, of which 30 case reports involved kidney dysfunction including 27 reported as serious. Other adverse reactions included gastrointestinal symptoms, cardiovascular and neurological problems, and allergic reactions.

It took almost another 2 years--in December 2008-- to issue a black box warning on Visicol and OsmoPrep, made by Salix Pharmaceuticals (both are prescription drugs) and at the same time Fleet voluntarily recalled its products.

"I agree with the FDA warning and think that the Fleet voluntary recall is wise," said nephrologist Howard Lien, MD, PhD, who wrote a review paper (published in Nature Clinical Practice-Nephrology,2008;4:606-614) on the renal risks of pre-colonoscopy bowel preparation. "The problem with current sodium phosphate-based preparations is that the phosphate load is too much for the kidney to handle. Since phosphate can cause multiple renal and electrolyte problems, such as low serum levels of potassium and calcium, I would recommend using polyethylene glycol-based bowel-cleansing products while waiting for a better preparation."

More ORAL SODIUM PHOSPHATE News
In May of 2009, Dr. Charles Ganley, director of the FDA's Office of Nonprescription Products, said that the FDA also directed Salix Pharmaceuticals to develop a risk evaluation and mitigation strategy on both Visicol and OsmoPrep as well as "distribute a Medication Guide to alert patients to the risk of acute kidney injury associated with the use of OSP products and conduct a post-marketing clinical trial to further assess the risk of acute kidney injury associated with these products," said Dr. Joyce Korvick, deputy director of the FDA's Division of Gastroenterology Products.

"Though rare, these are serious adverse events associated with the use of oral sodium phosphates - both prescription and over-the-counter products," said Janet Woodcock, M.D., director, FDA's Center for Drug Evaluation and Research. "In some cases, these serious adverse events occurred in patients with no pre-existing health factors that would have put them at risk for developing kidney injury. We cannot rule out, however, that some of these patients were dehydrated prior to ingestion of OSP products or they did not drink sufficient fluids after ingesting OSP products."

If you have suffered injury in this case, please send your complaint to a lawyer who will review your possible [Oral Sodium Phosphate Lawsuit] at no cost or obligation.
Request Legal Help Now