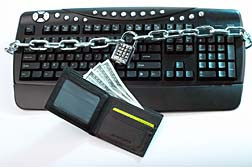 But Symantec had charged Rider again, two months after she had renewed her subscription. "After studying my credit card statement, I finally realized that I had been billed twice for Norton Internet Security," she says, "and after I caught it, I had to keep calling until I spoke with a customer service rep and told them to take the second payment off. They were just going to use my money -I wonder if I was ever going to get credited for overpayment."

When Sue Quinn (not her real name) bought her computer, it came with pre-installed Norton Internet Security software for a trial period of 60 days. She already had a copy of the software but could not load it due to the trial being on the machine. "During the trial period, I kept getting these Norton pop-ups and I called Symantec," says Quinn. "Typically, I couldn't get any assistance from them so I bought the subscription." But she still had problems with the download and the trial version. "I ended up paying for the software several times and my computer ended up getting infected and performance slowed by their continual pop up boxes," she says. "I still have the problem because I couldn't talk to anyone from their 800 number or their billing company."

It's ironic that Norton Internet Security markets itself as the anti virus software that "offers protection against the latest online threats such as hackers, phishing, spyware protection and more" yet can't check on its own pop-ups and billing procedures.

Posted by
Michael
on October 19, 2011
We also were billed by Norton for >$300, yet we don't use their software at all! Charges appeared as Norton & ESET NOD32 on bank statements. Currently trying to get the charges reversed through my bank.
Posted by
Mary Villarreal
on February 9, 2011
My account had an automatic renewal. When I checked my bank statement - I was charged twice. After contacting them they apologized, then said "it was a problem they are working on". They then said it would take 2-3 days to receive a refund.

Curious so I checked if this happened to others - and surprised to see how many!