Morgan Keegan stands allegedly accused of monetary misdeeds towards investors who placed money into the Regions Morgan Keegan mutual funds (RMK). Losses for this action are alleged to be ranging up into the millions. However, this alleged misappropriation of funds isn't only affecting investors. It is hitting closer to home by allegedly affecting employees of Morgan Keegan as well. 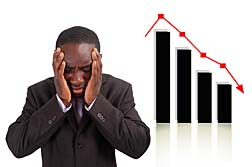 The legal cases have sprung up throughout the U.S. with stories allegedly coming from investors all over the place. All of them tell similar alleged tales of having put away retirement, life, and savings designated as nest eggs only to find them whittled down to next to nothing over night. This alleged incident has given rise to several alleged litigation cases against the investment firm.

It is allegedly believe that information about the risk of some of the mutual funds was held back form employees and investors alike. Some investors have allegedly taken bigger losses than other depending upon which fund their money was invested in, and how much was invested. It's estimated and alleged that some of the investment funds for the RMK lost as much as sixty percent of their value just in 2007. For 2008 the fund is has allegedly taken a thirteen percent nose dive already. Tennessee itself has several investors' cases that have allegedly filed complaints against Morgan Keegan. Some are allegedly individual complaints, while others involve family trusts.

A spokesman for the firm recently declined to comment on the alleged allegations and impending litigation regarding the mutual funds. Last month allegedly the Chief Financial Officer, Al Yother, engaged in a conference call with analysts in regards to the alleged incident. During the course of the call, Mr. Yother allegedly said the bank had made some new investment in two of the Regions Morgan Keegan funds. His alleged statement was that this effort was to provide an amount of liquidity to support the firm.

By Delsia Hartford
READ ABOUT THIS LAWSUIT