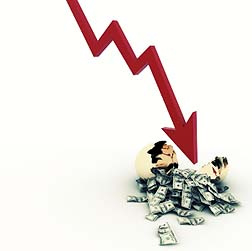 According to the New York Post, Tim McCarver, a former catcher for the St. Louis Cardinals and current sports broadcaster, has filed a claim against Morgan Keegan seeking over $1.25 million. McCarver, for whom Tim McCarver Stadium in Memphis is named, says he lost a lot of money when his assets were put in Regions Morgan Keegan mutual funds that dropped dramatically in value in 2007. In fact, McCarver alleges he lost approximately $1 million, despite telling his brokers that he wanted his money put in safe, low-risk investments.

According to McCarver's lawyer, Dale Ledbetter, the plaintiff was told that his investments were about as safe as CDs and bonds. However, "the funds were invested in the worst of the worst. When similar products went down 4 percent, 5 percent or 6 percent, these bonds went down 70 percent to 90 percent," Ledbetter said. McCarver's money was to have been set aside for his children and his retirement, but instead was lost in the investment.

The Post estimates that total investor losses in Morgan Keegan's RMK funds are around $2 billion. Part of the problem is that the funds bought risky assets such as CDOs, but investors say they were told the funds were very safe. For its part, Morgan Keegan told the Post that investors knew of the risks associated with the funds.

The losses in the Regions Morgan Keegan funds have caught the interest of regulators, who are investigating why the funds suffered such massive loses. Meanwhile, hundreds of investors are filing claims of their own, alleging they were told that there money was placed in relatively risk-free investments, when in fact it was not, and that they were not made aware of the illiquidity of the securities the funds were invested in. They also claim the funds' concentration in one industry breached the funds' restrictions.

More MORGAN KEEGAN News
Lawyers have estimated that between 1,000 and 1,500 arbitration claims could be filed against Morgan Keegan and damages awarded could exceed $200 million. Class action lawsuits have also been filed against the financial firm. Awards have already been handed out in 2 arbitration claims, in which the plaintiffs were given a total of $90,000. That amount was less than they sought but was still considered a victory for the plaintiffs.

According to Craig McCann, president of Securities Litigation and Consulting Group Inc., as quoted in InvestmentNews, investors were not told until 2008 that the funds were buying subordinated tranches. Furthermore, risky products were falsely labeled as preferred stock.

Many people lost their hard-earned money when the value of their Regions Morgan Keegan investments dropped dramatically. They are now turning to lawyers to determine what their legal rights are in this situation and to find out if they can recover any of their lost money. If Morgan Keegan did misrepresent the actual risk associated with its funds, then investors may be compensated for some or all of their losses.
READ ABOUT MORGAN KEEGAN LAWSUITS