Although they did not receive as much as they asked, one couple was awarded $90,052 in their claim involving 4 RMK mutual funds. The Wrights had sought over $109,000 in compensatory damages and more for punitive damages. An award of $15,000 was given to a different claimant in his arbitration case. However, the news was not good for all Morgan Keegan complainants. One couple had their $80,000 claim denied and a man had his $25,414 claim denied by arbitrators, who did not give a reason for their decision. 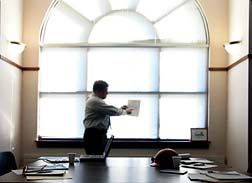 According to a spokesman for Morgan Keegan, the 2 claimants who received awards did so because of an issue related to the sales practice regarding some Morgan Keegan funds.

Morgan Keegan clients watched with horror as their mutual funds dropped dramatically in value. Some of the funds have lost 90 percent of their value since the beginning of 2007. The funds' decline has been tied to the high number of subprime mortgage defaults. In an attempt to prevent further losses, Morgan Keegan turned over the management of its funds to Hyperion Asset Management, however share prices continue their decline.

In addition to the arbitration claims, Morgan Keegan faces approximately 10 lawsuits regarding losses in 7 of the company's funds. Most investment firms require clients to agree to arbitration to settle disputes; however, some clients have chosen to try class action lawsuits to regain their lost money.

"The RMK funds suffered massive losses because they held concentrated holdings of low-priority tranches in structured finance deals backed by risky assets. RMK did not disclose the risks it was taking until after the losses had occurred. In fact, it misrepresented hundreds of millions of dollars of leveraged asset-backed securities as corporate bonds and preferred stocks thereby making the funds seem more diversified and less risky than they were."

The report notes that Regions Morgan Keegan invested a "substantial majority" of the portfolios in low-priority tranches, which dramatically increase credit risk, but this credit risk was not disclosed to investors even though portfolio managers in charge of the funds knew about that risk.

More MORGAN KEEGAN News
The report finds that the funds lost $2 billion because of poor-quality debt losses that were leveraged by complex asset-backed structures. Had Regions Morgan Keegan actually performed a rudimentary analysis on its holdings [which the report says Morgan Keegan claimed had been done] the company would have found that investors were exposed to up to 10 times the credit risk in exchange for only up to 2 percent higher returns.

Essentially, investors were exposed to much higher risk without a correlating increase in returns. The report concludes that, "…prior to March 31, 2008 Regions Morgan Keegan affirmatively misrepresented hundreds of millions of dollars of risky securities it held in these portfolios as corporate bonds and preferred stocks." If the report is accurate, then Morgan Keegan investors had no way of knowing that they could possibly face such massive losses.
READ ABOUT MORGAN KEEGAN LAWSUITS