Not Too Late To Recover Morgan Keegan Fund Investments

So, you invested your money in certain Morgan Keegan investment funds and then watched in horror as those funds suffered a dramatic loss in value. You phoned your financial advisor to ask about the funds but were told that they were still a safe investment and not to panic. Naturally, you were concerned, because you are not a risky investor—you like your investments safe and stable—and you could not afford a massive loss in your investment. 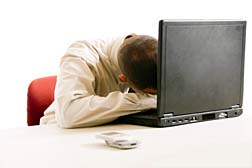 Unfortunately, they did not regain their value and you lost a large portion of your investment. In fact, you lost far more than you could afford to lose and your finances have taken a massive hit. That money was meant for your retirement fund and now you're not certain you have enough to retire on.

You were, understandably, shocked to learn that the Morgan Keegan funds were invested in new types of fixed income securities that had not been properly tested through market cycles. After all, if someone has marketed a fund as safe, surely it would have been properly tested. You were also surprised to learn that the funds were vulnerable to market fluctuations, which contributed to the loss in value of between 50 and 60 percent. You were outraged to learn that some advisors either misrepresented facts about the funds or were not upfront about certain facts, including the true risk associated with the funds, including their ties to subprime mortgages.

More MORGAN KEEGAN FUND News
So now you are left wondering what you can do. You could blame the risk inherent in any investment—after all, there is a degree of risk involved in investing your money in everything. That is true—but it is not the whole story. Because, while there is risk in investing, it is up to your advisors to warn you about the true nature of the risks in an investment, and when they say a fund is safe, it is natural that you would believe them.

The good news is that you may be able to recover some or all of your lost funds. Lawsuits and FINRA arbitration claims are being filed against Morgan Keegan, alleging that it was involved in wrongdoing in the marketing of its funds. Although lawsuits have already been filed against Morgan Keegan, you still have time to join the class action lawsuits, but you should move quickly.

If you lost money after investing in certain Morgan Keegan funds, contact a lawyer to discuss your legal options. It's not too late to recover your lost money.
READ ABOUT MORGAN KEEGAN FUND LAWSUITS

If you have suffered losses in this case, please send your complaint to a lawyer who will review your possible [Morgan Keegan Fund Lawsuit] at no cost or obligation.
Request Legal Help Now