Long before the markets began crashing in the wake of the global credit crisis, investors were weathering their own Morgan Keegan stock crisis. Hundreds of investors who had purchased Morgan Keegan investment funds are alleging Morgan Keegan fraud, after investing in funds that were heavily promoted as safe and conservative, but were anything but. 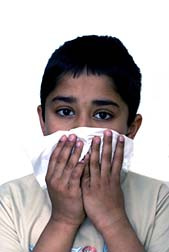 The only things high, as it turns out, were their losses: a figure topping $250,000. The investors last week filed an arbitration claim with the Financial Industry Regulatory Authority (FINRA) against Morgan Keegan & Company Inc., in an attempt to recover their losses.

They certainly aren't the only ones to be stung by alleged Morgan Keegan fraud, after purchasing Morgan Keegan investment funds. Several arbitration cases have been filed by investors who purchased funds thinking they were purchasing safe, conservative funds that were promoted as a worthy alternative to money market funds.

However, in what is now a widely-known strategic gaffe, the Funds were invested in new, and untested types of fixed income securities—and it is alleged that Morgan Keegan failed to follow proper protocol with regard to investing Fund assets, not to mention a failure to adequately protect the Funds from the volatility in the stock market.

The funds plummeted in value, while losses on the part of investors soared.

There's little doubt that heavy losses by purchasers of Morgan Keegan investment funds are painful, especially given the current volatility in the world markets. However, one recent story served to galvanize criticism against Morgan Keegan, if for no other reason than the compassion for those who would have been harmed the most from investment fund losses…

The children, of the Indiana Children's Wish Fund.

The Indiana Children's Wish Fund (ICWF) was founded by attorney Richard Culley, who is blind, in 1984. That date puts the proud organization on track to celebrate its 25th anniversary in 2009. Over its proud history, the Indiana Children's Wish Fund has granted more than 1800 unique wishes to terminally-ill children, or children who suffer from a life-threatening disease.

It has been reported that the Fund has about a million dollars in assets—however, prudent investing is necessary to ensure the Fund remains viable. And so in June of 2007, it was recommended that the Indiana Children's Wish Fund invest in a Morgan Keegan bond. The broker at Regions Bank in Indiana, which is affiliated with Morgan Keegan, assured ICWF that the investment was very safe.

The initial investment of $223,000 placed on June 26th of last year had lost $5,000 in value in the first few days alone. By September the ICWF had had enough and pulled out of the Morgan Keegan fund, suffering a 22 percent loss in just 3 months. However, the ICWF didn't stop there, as the loss incurred by the involvement in Morgan Keegan investment funds would have prevented the granting of wishes to 9 children.

More MORGAN KEEGAN News
And so the Indiana Children's Wish Fund fought back, filing an arbitration claim against Morgan Keegan in November, citing the unsuitable recommendation and alleging that the broker had breached his fiduciary duty to the Wish Fund.

In December of last year Morgan Keegan paid an undisclosed sum to the Indiana Children's Wish Fund to settle the claim relating to the alleged Morgan Keegan fraud, and the misguided recommendation to invest in Morgan Keegan investment funds. The good news here, is that some children will have gotten their wish. However, the Morgan Keegan stock crisis has cost investors billions of dollars: investors who worked hard all their lives, and wished only for a stable retirement. For them, their relatively modest dream has turned into a nightmare.
READ ABOUT MORGAN KEEGAN LAWSUITS