AARP Insurance Not the Medical Advantage Most Believe

Imagine going into hospital for treatment armed with your AARP health insurance plan. Your AARP insurance gives you peace of mind that your bills will be paid. Or maybe you have United Health Group insurance. No matter. You're good—at least until you get there, and you are told that your insurance is grossly inadequate and you are asked to cough up a check for $45,000 on the spot. 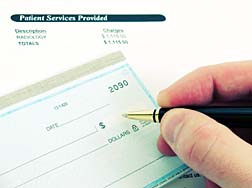 That's what happened to Lisa Kelly when she checked in at the M.D. Anderson Cancer Center in Houston for treatment of leukemia. At a Senate hearing in June, the Texan testified that the hospital demanded payment up front. Kelly had an AARP policy that she was led to believe would take care of everything, but it did not.

AARP is the American Association of Retired Persons, and is more than just an active lobby you hear about all the time in news reports from Washington. According to a recent story that ran in the New York Times AARP is a huge enterprise that offers travel services, life and homeowner's insurance, mutual funds and even credit cards. AARP operating revenue last year was a staggering $1.2 billion.

The problem, it seems, has allegedly been with the marketing of insurance policies that led policyholders to believe they have more coverage than the limits on the policies suggest.

Specifically, the policies in question are policies underwritten by UnitedHealth but carry the well-known AARP brand. They pay fixed cash benefits for selected services, but provide a much lower payout than what many consumers expected, or were led to believe at the time they acquired the product.

As an example, one plan under the AARP Medical Advantage umbrella pays a maximum of $5,000 for surgical procedures that can cost in real dollars many times more. One set of marketing materials was found to highlight a list of relatively low-cost procedures, and a consumer guide of the AARP Medical Advantage plans indicate that "they can be a real lifesaver for early retirees, part-time workers or people who just need to supplement their current health insurance."

And there is the perceived problem. While limits are duly spelled out in the text of the policies, consumers have no idea as to what procedures might be involved to guarantee their health, or what their actual costs are. And a brochure that lists a basket of procedures costing within the limits of the policy might give the purchaser a false sense of security that the policy covers everything, given the concept of cost a set of marketing materials suggest.

Perception is everything. The reality has been anything but. Imagine the shock when a retiree gets a bill for an item he thought would cost within that $5,000 range when in reality the final tally is thousands more—and that's after the $5,000 coverage has been deducted.

''These limited-benefit policies have been a problem for many years," Bonnie Burns, an insurance counselor at California Health Advocates—an education and advocacy group—told the New York Times. "Uninsured people buy them thinking they are equivalent to major medical coverage, but they are not.''

The Senate inquiry at which Lisa Kelly testified and poured out her sorry story in June, found evidence of deceptive marketing. AARP and the UnitedHealth Group have responded by suspending sales of the policies pending an investigation that is to be conducted by Elizabeth Rowe Costle. The latter served as the Insurance Commissioner for the State of Vermont from 1992 to 2003.

It should be noted that AARP has long coveted its role as champion of its members, and consumers in general against unscrupulous hucksters, and has in the past criticized the so-called "hard-sell tactics" of private insurers.

More AARP INSURANCE News
Now, it has come under fire, and with good reason according to Senate Finance Committee member Charles Grassley, the senior Republican on the committee. ''In fact,'' Mr. Grassley said, ''there's no basic protection against high medical costs. The products may leave consumers seriously in debt if they need intensive medical care.''

More than a million consumers have bought policies with names such as Essential Plus, and Hospital Indemnity Plan and AARP Medical Advantage.

In reality, the advantage might be the advantage that has been taken on behalf of the countless policy holders who either think they are adequately covered by AARP insurance or United Health Group insurance—or those who have had to endure the shock of a huge bill their AARP insurance would not cover.
READ ABOUT AARP INSURANCE LAWSUITS

If you have suffered losses in this case, please send your complaint to a lawyer who will review your possible [AARP Insurance Lawsuit] at no cost or obligation.
Request Legal Help Now