At AARP, Things Are Not As They Seem

Seniors are discovering that AARP insurance leaves a lot to be desired, with regard to limitations that may leave AARP health insurance clients with the need to pay thousands for medical procedures they mistakenly thought to be completely covered. The policies, underwritten by UnitedHealth Group insurance, carry the AARP endorsement. 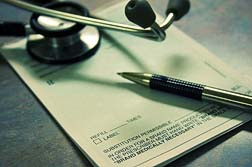 The problem, it is alleged, is that many of the AARP health insurance policies have been marketed to be more than what they are—in many cases limited policies with specific payouts for either procedures that can cost more, or a comprehensive listing of covered procedures misleading the policyholder into thinking that all procedures carry a similar price tag, when in actual fact they don't.

That was the crux of a Senate inquiry into the marketing practices of AARP—properly known as the American Association of Retired Persons—with regard to the lobby's health insurance products. Seniors, it is alleged, were led to believe they were buying comprehensive health coverage that would pay for any, and every, eventuality.

In actual fact, they were not. Many policies carried strict and specific limits. Thus, a policyholder might go into the hospital for a procedure, be asked if they have insurance (Yes!), only to be presented with a huge bill after it was revealed that the policy carried a strict limit on a procedure that cost many times more. AARP was accused of misleading marketing tactics.

It should be noted that when AARP was informed by the Senate inquiry, it ceased marketing the policies in question pending an investigation of their own.

However, there are other issues. Many seniors and AARP members have discovered that they are paying more for things like health and auto insurance through an AARP-sanctioned policy than if they were to shop around and buy directly from an underwriter.

Case in point: Bill and Helen Cochran, who live in Abington, Maryland. Existing primarily on a $1400 monthly payout from Social Security, the retired couple watches their pennies. They downsized their accommodation and sought every way possible to cut costs. When it came to their supplemental medical insurance, they turned to AARP, thinking they would get the best value.

They would learn later that they were paying over $1,000 more per year for their ARRP policy than were they to secure the exact same coverage directly from Mutual of Omaha.

It should be noted that AARP is the world's largest—and many say trusted—senior's advocacy organization in world. Not only does AARP advocate for seniors with printed materials and other services, it also offers various products such as health, auto and home insurance coverage sanctioned by AARP.

Conversely, AARP members believe that given the size, and the buying power of the American Association of Retired Persons, they are getting the best pricing. The latter is a lifesaver for someone on a fixed income.

Things you may not have known about AARP

But all, it appears, isn't what it seems. For one thing, it has been reported that ARRP collects fees from insurance companies in return for its substantial endorsement. It has been reported that royalties and fees collected by AARP in 2007 added up to $497.6 million. AARP's consolidated financial statement for that year is said to reveal that insurance companies build the cost of this endorsement into the premiums they charge AARP members, causing the coverage to be priced higher than similarly-equipped policies not sold through AARP.

AARP has said that this income helps to fund its ongoing advocacy for seniors. However critics take a different view. "At the end of the day, it's all about fattening the coffers of the organization," said Thomas Orecchio, who was chairman of the Arlington Heights, Illinois-based National Association of Personal Financial Advisors until September. In a quote carried in Bloomberg News, Orecchio opined, "it's the dirty little secret."

AARP's mission to help seniors has been compromised by its reliance on royalties and fees, according to Marilyn Moon, who was director of AARP's Public Policy Institute from 1986 through 1989.

"There's an inherent conflict of interest," she said, in a Bloomberg News report. "A lot of people there are trying to do good, but they're ending up becoming very dependent on sources of income."

It has been reported that AARP has put an increasing reliance on marketing since 2001, and the collection of royalties and fees has become an increasingly important part of the organization's revenue base. Last year, 43 percent of AARP's $1.17 billion in revenue came from royalties and fees—up from 11 percent in 1999.

Marketing insurance products from which AARP collects royalties and fees has been expanded to include 17 types of insurance, all of which earn extra fees for AARP.

More AARP INSURANCE News
Thus, it suggests a double-edged sword—especially when it comes to AARP health insurance, of which UnitedHealth Group insurance is one of the underwriters. The allegation that AARP insurance marketing has succeeded in misleading seniors, and is actually costing them more in premiums, is making a lot of AARP members see red.

It has been reported that the AARP-endorsed UnitedHealth basic policy costs $582 per year more than for the same coverage offered by a lower-cost competitor in New York, and $482 more than from a competitor in Los Angeles.

AARP contends that price is not the only factor in recommending and endorsing a particular health insurance policy, and that members should shop around. However, an AARP member could be forgiven for assuming that he or she would get the best deal with an AARP-sanctioned product.

Meantime, seniors who have been stuck with a financially ruining bill for a health procedure they were led to believe was covered could seek compensation with the help of an AARP insurance lawyer.
READ ABOUT AARP INSURANCE LAWSUITS

If you have suffered losses in this case, please send your complaint to a lawyer who will review your possible [AARP Insurance Lawsuit] at no cost or obligation.
Request Legal Help Now