If you are a senior citizen, or someone approaching retirement, you are probably quite worried about what the future holds for you. After all, your pension may not be secure, your investments have likely lost value and even lobby groups that are supposed to protect you—organizations like AARP, which not only lobbies on behalf of seniors but also sells AARP insurance—may actually be taking advantage of you. So, the group you would normally turn to for help, the same group that sells you its AARP health insurance, may be contributing to your lack of financial stability. 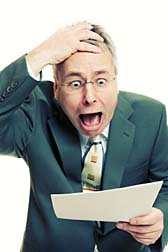 The future looks scary for many seniors. Those who had money invested in mutual funds and other investments are now learning that money they thought they would have for retirement is either gone or has severely dwindled. Meanwhile, with big companies, such as Ford, Chrysler and GM, declaring they need financial help or else, people who worked for those companies and got their pension through them may be facing the prospect of reentering the workforce.

In fact, these fixed-rate health care plans, sold under the names AARP Medical Advantage, Essential Plus and Hospital Indemnity Plan, often paid out less than seniors thought they would. In some cases, the policies covered very little more than Medicare would have covered, so seniors were paying for a plan that covered expenses already covered by Medicare. Furthermore, because the plans are fixed rate, they pay a set amount, regardless of the cost of a procedure. A senior could go into hospital for a procedure that costs $15,000, but have only $5,000 covered by AARP's plan. That leaves a gap of up to $10,000 not covered—a lot of money for someone on a fixed income.

That is also certainly not the "essential benefits you deserve, the security you want" as marketed by AARP. Such marketing leads a person to believe that the majority of medical-related costs are covered by the policy. Imagine the surprise upon coming out of surgery only to find out you still owe $10,000 for the procedure.

AARP defends itself by saying that its policies are better than nothing and are designed to be supplemental, meaning that policyholders should have other forms of health insurance. However, many people with AARP insurance have no additional insurance and they believe their AARP plan will cover their medical expenses.

More AARP INSURANCE News
Senator Charles Grassley (R-IA) sent a letter to AARP, demanding that the company account for its actions. In a press release sent out the same day, Grassley stated, "It's not better than nothing to encourage people to buy something described as 'health security' when there's no basic protection against high medical costs."

So, the organization tasked with lobbying on behalf of seniors may actually have misled those seniors into purchasing medical insurance that did not cover what it was marketed to have covered. Add that to the financial uncertainty looming, and it's no surprise that seniors are concerned about their retirement years. They may not have enough money to cover their expenses.

If you purchased AARP medical insurance believing it would cover the bulk of your medical expenses, you may be eligible to file a claim to recover some of your money. Clients are investigating possible lawsuits against AARP, alleging misleading marketing convinced them to purchase the policies.