If you signed up for AARP Insurance because you were told that you would save money, it may have come as a surprise to you that you may be paying more than the average person for your insurance policies. In fact, some AARP health insurance and other insurance, including auto insurance, could be well above the norm. Instead of saving money, you might be paying more than many other people, and you may not get the coverage you thought you had. 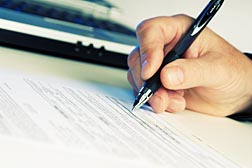 Take Arthur Laupus, whose story is told in a Bloomberg report. Laupus signed up for AARP's auto insurance policy because he was told that he would save money, an important consideration for people in their retirement years. However, Laupus discovered that his car insurance rate was double the average insurance rate—not even close to the savings he thought he was getting.

So, why did AARP charge Laupus so much for insurance? Apparently, the insurer took a cut of his premium before it was sent to the company that provided Laupus' insurance coverage. In fact, according to the Bloomberg report, AARP gets hundreds of millions of dollars from insurance companies that pay AARP to endorse their policies. Those royalties are built into the premiums that AARP members are charged, and they make AARP a pretty penny—$497.6 million in 2007.

Furthermore, AARP allegedly holds its clients' insurance premiums for up to a month and then invests that money, adding another $40 million to its revenue. That's a lot of money to be making off people who are living in retirement and trying to save their money. Once again, it is retired people—those who really, truly cannot afford it—who are taken advantage of.

And they are being taken advantage of by an organization that they count on. AARP, formerly known as the American Association of Retired Persons, is a widely trusted organization. Retirees turn to AARP for insurance, tax returns and estate planning. So why are they being promised big savings only to pay more than the average person for insurance?

The answer, of course, is money. With AARP making more money off royalties from insurers, there is no incentive to fight to keep the costs of those premiums down.

Of course, this is in addition to allegations that AARP was involved in misleading marketing of its health insurance policies. For example, according to the Bloomberg article, AARP advertised its Medicare supplemental insurance as saving retirees thousands of dollars. However, the AARP/United Health policy cost $582 a year more than a lower-cost plan in New York and $428 a year more than a plan in Los Angeles—hardly a savings for retirees.

More AARP INSURANCE News
AARP is already subject of a Senate Finance Committee investigation, questioning whether AARP misled seniors about its limited benefit policies. Seniors may have purchased the policies believing they would be fully covered in case of a medical emergency, only to discover that their policy would only cover them up to a fixed dollar amount. And, while marketing materials may have shown that they pay a fixed amount, the materials may have been misleading in not accurately representing the true costs that claimants could run up against. Many seniors are now questioning whether AARP really does have their best interests at heart.

Seniors living on a fixed income have to be careful about how they spend their money. They look to organizations that offer savings and value for their money, and believe these organizations will do right by them. They do not expect to be charged higher fees or be misled about their insurance policies. And they certainly do not expect that they will pay higher fees so that their insurer, one who is supposed to lobby on their behalf, can make a few extra hundred million dollars.
READ ABOUT AARP INSURANCE LAWSUITS