Medtronic faces more lawsuits alleging that its Sprint Fidelis Leads caused injury or death to patients using the leads. And lawsuits have been filed by plaintiffs who argue that the potential for a malfunction causes them a great deal of stress and has negatively impacted their lives.

One lawsuit, which seeks class action status, alleges that Sprint Fidelis Leads caused the death of at least five people. Plaintiffs seek five million dollars for each member of the class. One of the plaintiffs named in the lawsuit is Ted Carter, who has a Medtronic defibrillator implanted along with Sprint Fidelis Leads. The suit alleges that the lead presents "a serious ongoing health risk due to its defective design and manufacture." Plaintiffs further allege that Medtronic knew about the dangers associated with its leads but failed to warn consumers about those risks. They seek compensation for negligence, breach of implied warranty of merchandise and medical monitoring. 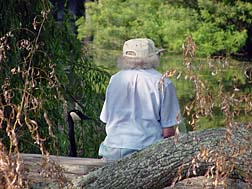 Meanwhile, a lawsuit seeking class action status was filed in Bismarck federal court against Medtronic. The suit alleges negligence and emotional distress and seeks restitution and medical monitoring. The plaintiff has not yet been harmed physically by her Sprint Fidelis Leads, but argues that having the leads inside her is like living with a "ticking time bomb."

Although many lawsuits against medical device companies are filed by people who have been in some way injured by defective devices, more lawsuits are springing up in which patients have potentially defective devices implanted that have not yet malfunctioned. The lawsuits reflect the enormous stress and anxiety that these patients face—they know they have a device that could potentially malfunction at any time without warning, causing life-threatening injury. That in itself can cause a lot of stress for patients. They worry and wonder when and if their device will malfunction and what impact the malfunction will have on their lives.

In the case of Sprint Fidelis Leads, the device could malfunction in one of two ways: It can either fail to deliver a necessary, life-saving shock or it can prompt the defibrillator to administer a series of painful and life-threatening shocks when they are not needed.

Furthermore, patients cannot have the leads removed because explanting the devices is considered a risky surgery. The most they can do is have the leads capped and have other leads put in. However, this also requires further surgery and there are only so many routes that doctors can take to implant leads, as [one patient] knows well.

More News
Some analysts are concerned that problems with the leads extend beyond fracturing. According to Deutsche Bank analyst Tao Levy, at [The Street,] the Fidelis leads may also have poor sensing capabilities that can lead to unnecessary, painful shocks. Patients now have to worry not only about their leads fracturing but about them not properly sensing the patient's heart rhythms.

Many lawsuits have been filed against Medtronic on behalf of patients who have already been injured by defective Sprint Fidelis Leads and those who have not been injured but are concerned that they may be in the future. Some patients who have not yet had their Sprint Fidelis Leads fracture will likely experience such an event in the future. As many as 2.3 percent of leads may fracture within 30 months of implantation; how that number increases beyond 30 months is not yet known.

Posted by
Laura Bailey
on June 1, 2013
My Mother had this device #PVR4288613H implanted in her and she had constant muscle spasm from it and her heart always showed a normal rhythm with no need to shock. When she died 10/10/12 she had been dead for over 20 Minutes before the defibrillator began to trigger by that time it was too late to revive her.