It was in the spring of 2005 that the first signs of a massive medical malpractice case involving misdiagnosed breast cancer and cancer testing reared in eastern Canada.

Doctors began questioning the hormone receptor test results for a patient with invasive lobular carcinoma—a form of breast cancer. Retesting revealed that the results of the initial test were wrong. A sampling of tests involving other patients proved equally misguided. 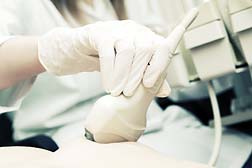 The results were stunning: at least 386 breast cancer patients were found to have received the wrong results on tests that were used to determine the prior course of treatment.

In other words, patients were treated for symptoms they did not have. As for the often life-threatening symptoms they DID have, the correct treatment never came.

At least 108 of those patients have since passed away.

An inquiry last fall revealed that the St. John's facility tasked with processing the results was compromised by staff shortages, lack of internal controls and improper training of staff. Reports of infighting amongst medical staff and poor communication between Eastern health—the provinces' largest health board—and the provincial government ricocheted across the country.

Justice Margaret Cameron, in her 495-page inquiry summation, revealed a failure of accountability and oversight, "…at all levels.

"The whole of the health system, to varying degrees, can be said to have failed the…patients."

In November of last year Eastern Health commenced a process whereby they hoped to identify any remaining patients whose tests for breast cancer were missed, or misread during the critical years 1997 to 2005.

Last week came the answer: 38. That's 38 breast cancer patients whose test results need to be reviewed for accuracy. Translation: they aren't sure what the test results actually say. Yes, the tests were done. But were they botched? Were they accurate? Did the patients involved receive the correct treatment for their condition?

Sadly, the results will not help the 24 patients who have already died. How they died, Eastern Health is unsure. Further scrutiny of test results should afford some answers—and possibly insight as to whether correct treatment from a properly analyzed test result might have saved them.

"We apologize for the distress this late identification may cause our patients," Eastern Health said in a statement.

"However, we also take some measure of reassurance that this enhanced review process by (the Newfoundland and Labrador Centre for Health Information) has accomplished what it was designed to do."

Peter Dawe, of the Canadian Cancer Society told the Canadian Press he was taken aback by the number of additional patients whose tests required a review.

"It represents 38 people and 38 families who have to go through this process again."

In the last year the Canadian media has been filled with the wrenching stories of families torn apart by the potentially needless death of a loved one—or the agonizing regret of a breast cancer victim suddenly made to realize that the treatment she had been undertaking all this time, may have been misguided and ineffective while her cancer continued, unchecked.

The recent statement by Eastern Health seems somewhat clinical and detached in comparison.

"In accordance with the guidelines for patient disclosure, Eastern Health is in the process of contacting the living patients and their physicians to inform them of the results of this enhanced search process, and to discuss their follow-up care," Eastern Health's statement said.

Those living patients number just 14—all that's left of the most recent 38. The Newfoundland health care provider said that it was already aware of 4 living patients who may, indeed require a change in treatment.

Such a statement suggests the original tests were misread. Critics use a much stronger word: 'botched.'

More BREAST CANCER MISDIAGNOSIS News
Some patients testified at the inquiry they first became aware of problems with breast cancer misdiagnosis after reading a report in their local weekly newspaper in October 2005. The concern was that a small number of tests had generated questionable results.

For two years thereafter, it is alleged by patients and their families that Eastern Health withheld information pertaining to the review of test results.

Preventative health care is only as good as the health system tasked with the job of testing for, and the diagnosis of disease, together with the capacity to provide treatment. However, correct treatment and ultimately the potential recovery of the patient depends on a correct assessment of test results. For a facility to fail so dramatically in its role is stunning. If you have been subjected to similar treatment and confusion with regard to breast cancer misdiagnosis, a medical malpractice case could be in your future. A qualified attorney can help.

If you have suffered losses in this case, please send your complaint to a lawyer who will review your possible [Breast Cancer Misdiagnosis Lawsuit] at no cost or obligation.
Request Legal Help Now

Posted by
KAREN
on June 24, 2015
I would suggest everyone to get a second opinion just to be safe. I have used a second opinion service https://secondopinions.com a few times and will continue to do so. For the time and price its well worth it. Very professional and saved me a bunch of money.They also gave me a coupon code to share “sy15" to take 15% off your entire order which should still work. I recommend getting a second opinion because it can potentially save your life