On July 8, 2008 the FDA announced that Levaquin will get a black box warning on all fluoroquinolone antibiotics because of an increased risk for tendonitis and tendon rupture. The consumer group Public Citizen first petitioned the agency and then sued to get the warning issued. 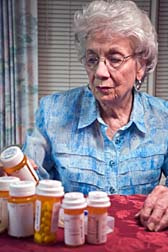 Levaquin (also known as levofloxacin) is a synthetic antibiotic manufactured by Ortho-McNeil, a subsidiary of Johnson & Johnson, and is prescribed to fight infections, including bronchitis, pneumonia, Chlamydia, gonorrhea, skin infections, urinary tract infections, etc. The black box warning given to Levaquin and other drugs in the fluoroquinolones group is intended to ensure physicians and patients understand the increased risks involved and the potential for adverse events, particularly tendon ruptures.

It is not yet understood why these drugs would raise the risk of tendon injuries, an atypical adverse reaction to an antibiotic. Tendons are cords of tissue that join muscles and bones, and are essential in movement. The most common kind of rupture reported to the FDA involved the Achilles tendon in the heel, but some injuries also involved the rotator cuff in the shoulder, and tendons in the hands, biceps, and even the thumb.

In 2003, The Journal of the American Board of Family Practice reported on the increasingly popular fluoroquinolone class of antibiotics that subsequently led to "widespread and indiscriminate use" of Levaquin. The study also reported cases of tendon rupture in association with newer quinolones such as levofloxacin that went back to 1983. According to the study, patients who had taken the drug at any time, even two years or prior, may be at an increased risk for tendonitis. Patients most at risk are people over 60, those with kidney, heart and lung transplants, and those also taking steroids.

Yet the agency approved the drug as an antibiotic for children just a few years after this report was published.

In October 1996, the FDA first issued a Report of Adverse Events and revised the class labeling for fluoroquinolones to include a warning of possible tendonitis/tendon rupture after more than 200 reports of quinolone-related tendonopathy over a 10-year period.

With the increased use of levofloxacin and other quinolone antibiotics, experts in the medical community expect to see a substantial rise in tendon ruptures. Tendonitis is characteristically accompanied by a sharp pain and the pain diminishes after tendon rupture occurs.

More LEVAQUIN News
Most drug-related tendon ruptures occur after two weeks of therapy, although they can also occur as early as a few hours after the initial dose or up to six months after treatment. A diagnosis is usually confirmed by ultrasound or more precisely by an MRI. Treatment begins with immediately discontinuing Levaquin and any other quinolone antibiotics.

In this black box warning, FDA officials stress that many of the serious injuries appeared to be preventable if patients stopped taking the drugs at the first sign of pain or swelling in a tendon. Patients are advised to then contact their doctor and arrange to switch to an alternative antibiotic. Tendon rupture requires casting and prolonged rest—anywhere from six weeks to six months—which is clearly a serious injury for anyone. You may also want to seek legal advice.

If you have taken Levquin and suffered an injury, please send your complaint to a lawyer who will review your possible [Levaquin Lawsuit] at no cost or obligation.
Request Legal Help Now

Posted by
Marvis L. Shaw
on October 3, 2016
I did not get any information or WARNINGS about these antibiotics until long after I was injured. Very soon after starting the medication I told my doctor about my feet turning very dark after I sat with them uncovered in the sun. I showed her the rash and peeling also. I had not been told to stay out of the sun. I wasn't told about any of the side effects.

Then the pain started. For months I complained to my doctors about pain and swelling at the back of my foot and pain in the middle section of my foot. First they told me that I had Plantar Fasciitis, then that I had a heel spur. I finally got an MRI which showed OLD tears in tendons and other OLD tendon damage in my foot - and no heel spur and no plantar fasciitis.

The affected tendons went untreated so long that my ankle 'rolled'. I am in a brace now that my podiatrist says I must wear for the rest of my life.

I also complained about pain in my shoulders, biceps, forearms, wrists, hands, fingers, hips, legs, and VARIOUS other areas. I was tested for arthritis and I do not have it. I have only had one other MRI (they are very expensive) which shows a tear in the tendon of my left shoulder. The other shoulder has the same pain.

I was given this medicine at least 5 times over a 15 month period and did not find out until March 2015 about the warning concerning the damage it could cause. All that time I was being given this medicine over and over and no one told me anything. When my pulmonologist saw me in a CAM boot he asked what it was for. When I told him about the tendon damage he straight-away asked if I had ever been given Levaquin. He is the only doctor that told me about these medications and the damage they could cause. He never prescribed it to me.

I was looking through my medical records and saw that at one time a particular doctor was concerned about me having one of the other life threatening complications of these drugs called AORTIC DISSECTION. She never told me about that concern. I assume she knew of all the times that I was given the medicine since it was right there in my records and still she said NOTHING.

I do not understand why my medication labels did not have the BLACK BOX warnings or why I was not given any information about this medicine before it was given to me as an IV so many times. I don't understand why my doctors gave me steroids at the same time they gave me the fluoroquinolones when they were warned not to because it increased the likelihood of tendon damage. I also was not told about using calcium with this medicine. I took the pills at home with milk.

Even after I told doctors about the pain I was having none of them brought this to light. I am only now being referred to an orthopedic specialist about the pain in my extremities. It is as if they don't want to accept that this medicine has harmed me. One doctor even TOLD me that 'no doctor is going to say that the damage is due to fluoroquinolones'.

This is so very wrong. We are not living in the Dark Ages. People should not be given medicine that they don't know can harm them like this.

Posted by
Rachel
on October 17, 2015
I have had fibromyalgia and peripheral neuropathy for more than 20 years, but I've finally found a neurologist who had been able to calm the pain of these conditions. My problems with severe nerve and joint pain came back much worse when I was given (by my family doctor) Levaquin for 7 days .. by the 5th day I was in agony, stumbling because of pain and weakness in my legs, and having to start pain pills all over again (I had been getting relief from Gralise and amitryptilene but they haven't been able to give me any relief since this incident started 3 weeks ago. I can only do small chores at a time, which I had been getting so much better, because the pain of being on my feet and legs is excruciating. I am so afraid of living out the rest of my life this way (I'm only 61).
Posted by
Diane
on July 25, 2015
I had Achilles tendonitis in my right foot, and 2 knee injuries in my left knee. I told the doctor of these problems . I was then put on Levaquin for an infection. WHY????

Why would a doctor prescribe this medication to me when one of the main side effects is ACHILLES TENDON SHREDDING, and the patient is ALREADY dealing with Achilles Tendonitis??

Also, it is listed as a caution to give this medication to anyone over 60 because of this possible tendon problem, and I am 64.

I am bed ridden now with extreme muscle pain in both legs. I can barely stand long enough to take a shower. I am now on pain killers.

This is unbelievable to me. Then it states more damage can happen up to months after taking this medication.

Since I already had Achilles tendonitis and severe knee injury and muscle pain, and prescribed this medication what is next?

I am scared to death, in so much more pain then before taking this medication, and at a loss as to where to turn or who to turn to. Do I lay in pain and fear to see what, if anything is going to get better or worse.

I am living a nightmare right now.