Concern over antibiotics is nothing new. So effective are they for treating infection, some doctors dispense them like candy and patients lap them up like a cat takes to milk. Many have debated that we're relying on them too heavily, and that pathogens that cause infection are building up a resistance to them. And now there's word that popping a certain antibiotic can pop your tendon. Levaquin, along with some others, has just been lavished with a black box warning. 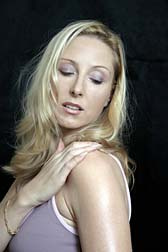 At issue is a family of antibiotics known as fluoroquinolones, of which Levaquin is a member. Levofloxacin is routinely prescribed for a wide variety of bacterial infections and—like most medications—is saddled with various adverse affects.

The side effect that has everyone talking, however, is one that has been known and documented since at least 1996: tendonitis, and the potential for ruptured tendon. Your tendons may be perfectly healthy, parts of your body that you rely on for not only recreational sports and trips to the gym, but simply for the joy of moving around the house.

Here's the thing. Say you get a bacterial infection, of any kind. Your physician orders a round of Levaquin, usually five to seven days (depending on severity of symptoms) in an effort to knock the nasty out of your system.

For that purpose the Levaquin proves effective. It roots out the evil-doer in your system and rids your body of whatever it is causing the chills and the fever.

And then days, weeks or even months after your infection is gone and you have long since forgotten the med you took to get rid of it, suddenly you're in pain. You can't move like you used to, you're having trouble walking, you can't bear going to the gym, and your lifestyle is in upheaval.

You could be forgiven for blaming Levaquin for that. What's even more frustrating is that this particular adverse affect has been acknowledged for years, but the incident rate seems to be rising. Thus the sudden concern and the black box warning from the US Food and Drug Administration (FDA). It should be noted that according to reports the FDA was goaded into addressing the issue after the relentless advocacy group Public Citizen first petitioned the FDA, and then reportedly took the federal drug watchdog to court in an effort to force a response.

The latter is not only the highest 'honor'—for lack of a better word—the FDA can bestow on a drug, it is also a welcome red flag for busy physicians who often don't have the time to digest the entire text of a drug's accompanying literature, which warns against a basketful of side-effects. The black box warning at least serves as a handy caution sign for physicians and their patients.

To wit, they need to look more closely at this drug, before writing out the prescription.

It should be noted that incidence rates may be rising in part due to the ageing population. The first wave of post-war baby boomers are hitting their sixties and getting ready to retire. As part of the FDA's communiqué on fluoroquinolones, the agency pointed to patients over 60, together with those taking steroids and transplant patients perched at the highest risk for tendonitis and ruptured tendon.

One doctor close to the issue notes that stopping Levaquin at the first sign of tendon discomfort could prevent a rupture from occurring. At the same time however, a tendon rupture can occur months after the Levaquin is stopped.

A tendon injury is a serious injury that could pose financial hardship for anyone required to miss work while the injury is properly dealt with medically and given the chance to heal. The frustration and hardship accompanying such an event would be understandable, given the realization that a drug used to eradicate an infection for five days, could put your body out of commission for 6 months or more.

More LEVAQUIN News
Worse, is the realization that 12 years have passed since the FDA revised its class labeling for fluoroquinolones with regard to tendon injury. That decision, in 1996, was based on scores of adverse reactions over a ten-year period. In other words, the link to fluoroquinolones and tendonitis/ruptured tendon has been discussed since at least 1986. Only now, 22 years later, has manufacturer Ortho-McNeil been finally required to put a black box warning on its product. The subsidiary of Johnson&Johnson has, like its colleagues in the fluoroquinolones business, been enjoying a weekend pass from the FDA warden for two decades. Only now are they required to hand it in.

Patients having suffered debilitating tendon damage after taking Levaquin will be tempted to hand Ortho-McNeil something else in the courts of law.

If you have suffered losses in this case, please send your complaint to a lawyer who will review your possible [Levaquin Lawsuit] at no cost or obligation.
Request Legal Help Now