The FDA has issued a warning in the form of a letter regarding complications with hip implant products manufactured by Stryker Corp. in Cork, Ireland. Reports have shown that hip replacement products from Stryker Corp. dating as far back as three years ago have proven to be defective. 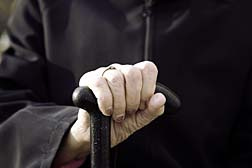 Stryker Corp. recalled two hip implant products in their Trident stock. Both products are replacement cups. The first cup is the Trident Acetabular PSL Cup, which was recalled on January 22, 2008. The Trident Hemispherical Cup was also recalled on the same day. Both of these products were manufactured at the plant in Cork, Ireland.

Incidents of pain and suffering have been reported around the country due to these defective hip implant cups. People who have had the implants surgically place in their hip region have been reporting difficulties with the products since 2005. The main difficulties prior patients with the hip cups report are: severe and intense pain, trouble walking, joints that squeak, broken joint implants, and poor fit of implants leading to bone breaks.

Stryker Corp. does have its base of operations in the U.S. in Kalamazoo, MI. There is a manufacturing facility located in New Jersey as well. The hip implants created millions of dollars in profits for the company. The difficulties with the hip cup products came as a surprise since there was quite a level of success with earlier products of the same caliber.

The FDA became involved when findings showed that there were potential problems with the hip implants. As people became to come forward with problems with the implants the FDA became further involved with the situation. Stryker is in the hot seat with the FDA for many reasons due to this issue.
Most medical experts acknowledge that there is always a potential for problems when any medical appliance is implanted into the human body. Hip implants have been the culprit of this situation on several occasions.

More News
People with hip implants are being encouraged to visit their physician to see if their hip cup implant happens to be one of the models recalled by Stryker Corp. Due to the fact that injuries have been reported from the hip implant products it is of the utmost urgency to ensure this isn't the product used on one's self or a family member. There are surgical steps that can be taken to fix the situation if there is a problem with the product. The longer one waits the more damage may be done over the long haul. Physicians will be able to make a complete assessment to see if there has been any damage sustained and what the necessary next steps will be. Compensation may be available for people who qualify as having a defective hip implant product.