Helicopter Crash Survivor Get His Due

Helicopter accident news has been in the media a lot lately, especially with the apparent increase of incidents relating to medical helicopters—the latest going down in severe weather just a week ago, killing four. But while there have been a lot of helicopter accidents involving TV news crews and medivac helicopters, helicopter crashes touch many sectors. One that occurred 5 years ago even touched the US Federal Aviation Administration (FAA). 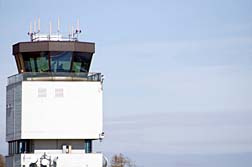 It actually touched the FAA to the tune of $4.5 million. That's the settlement reached this past May and recently upheld in a November 6, 2003 crash that killed two people and severely injured a third. The survivor, Gavin Heyworth, sustained painful injuries that will plague the 27-year-old for the remainder of his life. At the culmination of a 7-day trial this past May, the Hon. Florence-Marie Cooper of United States District Court, Central District of California found that the FAA was 100 percent liable for the incident.

The crash happened in front of the control tower at Torrance Municipal Airport, and there were actually two helicopters which collided—and the fault, it was brought out in trial, lay with two air traffic controllers who failed to communicate with one another and provided inaccurate instructions to the pilots.

According to testimony brought out in the trial, it was apparent that the two air traffic controllers in the tower committed errors while the two helicopters were flying in controlled airspace. When investigators traced the collision back to the genesis of a series of events which culminated in the collision, it was found that the control tower was short a controller, leaving one controller in charge of supervising traffic on two runways.

It has been reported that following the recognition that the lone controller was in difficulty, the in-charge supervisor mandated that another controller return from break early, in an effort to mitigate the danger. However, it was found that the two controllers failed to properly communicate with one another, and failed to perform a mandated Position Relief Briefing.

The ensuing confusion resulted in the issuance of conflicting instructions, which put the two helicopters on a collision course. To further complicate matters, the pilots could not see the other aircraft from their respective positions.

The most damning piece of evidence of all was the voice-recording log, which fell silent in the seconds immediately leading up to the crash. According to testimony brought out in the trial, the helicopter crash occurred directly in front of the control tower, which provided the controllers an unobstructed view of the airfield, and of the two helicopters as they proceeded towards each other, on collision course.

And yet, for the 18 long seconds immediately prior to the fatal collision, there were no instructions given, and no words were spoken. It's as if the controllers were frozen in fear, watching helpless as the doomed helicopters collided before their very eyes.

"I'm not the same person I was the day I climbed into that helicopter," Heyworth said in an interview. "I'm no longer capable of doing what I could do as a Marine. I'm essentially a young man in an old man's body. Now I have to redefine my life."

More HELICOPTER CRASHES News
Gavin Heyworth is a former Marine. While the $4.5 million settlement will help with his medical bills, it will never replace the loss of his physical freedom, or make up for the pain and suffering that is expected to last a lifetime.

It is true that what goes up must come down—and sometimes aircraft will come down hard. However, it's a needless tragedy when lives are lost, or severely impacted due to the actions of others.

Helicopters remain a popular choice for sightseeing, short flights, or simply as an alternative for people who have an inherent fear of planes. Some feel that helicopters are inherently safer than fixed-wing aircraft.

That said, if you have been injured in a helicopter accident, you should discuss your case with a helicopter crash lawyer. Given the high cost of health care, and the inability for many to afford adequate health insurance, litigation may be the only recourse to stave off bankruptcy from an accident that was not of your own doing…

If you have suffered losses in this case, please send your complaint to a lawyer who will review your possible [Helicopter Crashes Lawsuit] at no cost or obligation.
Request Legal Help Now