A peanut butter recall linked to a national salmonella outbreak that has sickened hundreds of people in 43 states got much wider today, after the company that sells the popular 'Little Debbie' products announced a voluntary recall of peanut butter crackers. 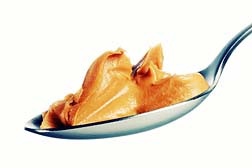 Today, McKee Foods Corporation located here recalled lots of Little Debbie peanut butter toasty crackers, and peanut butter cheese sandwich crackers. The recall relates to crackers produced on, or after July 1st. While the company reports that it has not received any reports of illness by people who have consumed the crackers, the recall was ordered anyway out of concern over the national salmonella outbreak that has claimed six lives, and put more than 90 into the hospital.

The action by McKee also is in line with guidance issued late yesterday by the US Food and Drug Administration (FDA) with respect to the widening concern over peanut butter, and peanut butter paste.

The focus now appears to be a Blakely, Georgia manufacturing facility owned by Peanut Corporation of America. The facility's peanut butter is not sold to retail, but rather is distributed to institutions and food companies. Peanut paste is an ingredient made from roasted peanuts that regularly show up in cookies, cakes and various other products that are available to the consumers at retail.

In other words, a recall that earlier in the week appeared to be confined to institutions like nursing homes, has suddenly hit your neighborhood supermarket. And the net is getting progressively wider.

Kellogg has recalled 16 products, including the Little Debbie crackers that it manufacturers on behalf of McKee. The Kellogg Company lists Peanut Corporation as one of its' suppliers.

Late yesterday, the Hy-Vee supermarket chain located in the Midwest recalled all products manufactured in its bakery departments and made with peanut butter as a precaution. In the view of the West Des Moines company, the products had the potential to be contaminated with salmonella. That recall covered 7 states: Iowa, Illinois, Missouri, Kansas, Nebraska, South Dakota and Minnesota.

In an attempt to allay the fears of consumers, the US Food and Drug Administration (FDA) said yesterday that most peanut butter sold in jars at retail, should be safe. The concern, instead, appears to lay with manufactured goods that contain peanut butter and / or peanut paste.

Earlier in the week King Nut Company of Salon, Ohio had to recall the peanut butter it sells under the 'King Nut' and 'Parnell's Pride' brands, due to the presence of salmonella in an open, 5-pound container of peanut butter at an institutional facility. At the time, manufacturer Peanut Corporation expressed its "deep regret" with regard to the "apparent finding," but noted that there was a possibility for cross-contamination in such a large, open kitchen such as that at an institutional facility, such as a nursing home.

King Nut, the distributor, defended itself by noting they only distribute to 7 states, as opposed to the 43 states that have been hit with the salmonella outbreak.

More Food and Supplements News
Given these latest findings, it appears as if the outbreak is having more to do with Peanut Corporation, than first thought. The King Nut peanut butter product was tagged as the "likely source" of salmonella, which sickened 30 people in Minnesota. However, King Nut is just one distributor of many, which buys its peanut paste from Peanut Corporation, for re-manufacturing into other consumer products.

And you can only spread money, and peanut butter, so thin…

READ ABOUT Food and Supplements LAWSUITS