It's been awhile since Unum Provident was pilloried in the press, the subject of investigative reports by 60 Minutes and Dateline: NBC for dubious practices with regard to the provision of Unum long term disability and Unum life insurance. Indeed, Unum's corporate web site extols the virtues of 'people serving people.'

Just don't ask Linda, of Phoenix Arizona. She purchased long-term disability insurance through her employer after her husband died. Linda had suffered the indignity of losing her home and her business, and watched her husband deteriorate after a lengthy illness. Linda felt she needed to protect her future, so she took out LTD insurance. 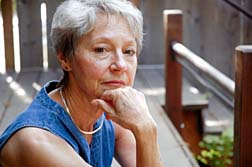 While it was done through her employer, she had no idea that her policy was with Unum. Whether or not she would have balked at having an Unum policy given the sullied reputation of the company is unclear.

Nonetheless, at the end of the day, Linda believed that were she to no longer be able to work, a portion of her salary would be paid.

Linda has since been diagnosed with fibromyalgia, a muscular disorder that is typified by weak, aching muscles and a general feeling of weariness that, at times, can be crippling. The condition is related to chronic fatigue, which at one time was known callously as the 'Yuppie Flu' and was generally dismissed by doctors. Only recently has chronic fatigue, and fibromyalgia been taken seriously.

Still, Linda describes four years of hell attempting to get money out of Unum after she was no longer able to work due to her condition. "They would call almost on a daily basis with a barrage of questions, like: 'Can you open a can? A bottle of milk?'

After four years of haggling, her claim was denied this past March after Unum, according to Linda, hired someone to follow her to the grocery store. There, Linda was observed walking the aisles and making purchases. Thus, her claim was denied because, in Unum's view, their client could walk.

What Unum failed to notice is that Linda qualified to park in a disabled parking spot, and what they couldn't observe is that every trip to the grocery store is followed by a five-day recovery period. She is in pain 24 hours a day, a fact not uncommon from sufferers of fibromyalgia.

Not only did this woman lose her husband, her home and her business, she has also lost her dignity and her ability to make a living. Even though her doctors verify she is unable to work, and even though she paid into her Unum plan for 9 years, she was denied. Linda has had to cash in her 401ks, and has been forced to take out loans, just to survive.

Unum has evolved into the largest insurer in the world from humble beginnings as the Union Mutual Life Insurance Company, founded in 1848. That makes it one of the oldest, continuously operating insurance companies in the United States. Union converted to public ownership in 1986 and became Unum Corporation.

Provident, meanwhile, has been around almost as long: 1887. Like Unum, Provident chugged along, growing exponentially until the two merged in 1999, creating a powerhouse.

A powerhouse yes, but without a heart. It was revealed in 2002 that part of Unum's strategy for growth and cost control, was an alleged quota for closing claims, and other abuses. Under a CEO who is no longer with the company, Unum Provident implemented various measures to reduce costs, the hallmark of which was the systematic denial of valid claims. Unum clients who may have missed the furor of a few years ago might not know about the 'Hungry Vulture' award, which was implemented to recognize the efforts of review personnel who went above, and beyond the call of duty to deny claims.

More UNUM PROVIDENT News
It was revealed that pressure applied to employees to deny claims peaked in the last month of each quarter. During this period, known as 'scrub months,' claims managers lobbied hard for their staff to deny sufficient claims to meet, or surpass goals.

The hungry vulture award depicted two vultures resting on a tree branch. To one, was attributed the award motto: "Patience my foot, I'm gonna kill something."

Following disastrous media attention, including damaging investigative reports aired on 60 Minutes and Dateline NBC, the CEO of Unum Provident was replaced and the company rebranded as simply 'Unum' in 2007.

While the 'hungry vulture' award may, or may not continue to exist at the former Unum Provident, it appears as if life at Unum life insurance is taking a similar path, after hearing of Linda's recent inability to collect her Unum long-term disability.

If you have suffered losses in this case, please send your complaint to a lawyer who will review your possible [Unum Provident Lawsuit] at no cost or obligation.
Request Legal Help Now