It would be little consolation to current or former clients of Unum Group (formerly UnumProvident) who have ever had their claims denied, to know that the company has announced healthy earnings for the second quarter, fuelled by record revenue from their Colonial Life division. 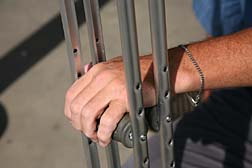 And in spite of taking a $53 million dollar charge against the costs of dealing with claims reassessments, Unum expects to put that messy business behind them a full three months early, and they have hiked their revenue and performance forecasts for the remainder of the year. Operating income, as reported August 1st, was up 31 per cent from a year ago and the company is feeling bullish about the future.

Compare that position to policyholders who may have lost wages, their homes, even their livelihoods, in the wake of a spate of denied claims and other unfair practices. Many policyholders, in comparison, have paid a far stiffer price than the company, even with a $53 million dollar setback, would ever have to pay.

The former UnumProvident is under new management, however - and re-branded the first of the year in an attempt to distance itself from the tarnished image it once had of a greedy, unscrupulous insurer.

Their conduct came under the scrutiny of the U.S. Department of Labour, and a subsequent investigation led to an agreement by UnumProvident to re-evaluate previously-denied claims from January 1st, 1997 to December 31st, 1999. Policyholders hoping to have their denied claims reassessed had until December 31st 2006 to submit an appeal.

The agreement reached with the Department of Labour is not related to any action brought by any individual state. The insurance industry is regulated at the state level.

Past complaints against UnumProvident included denials of claims for a medical condition for which the insurer conducted no examination. In essence, Unum's medical authority would disagree with the findings of a typical claim, without benefit of conducting a personal, individualized examination. In this way, many policy holders who depended on their long-term disability coverage to get them through in the event of a health concern that prevented them from working, were left at loose ends without the safety net, they thought, they had.

In fairness to Unum, it appears to be a systematic failing of the industry, as insurers will gladly accept premiums (and will just as quickly cancel a policy if the premium is unpaid), but will balk when it comes to paying a claim. In his autobiography 'Still Me,' the late Christopher Reeve told of the frustration he and his late wife Dana Reeve went through in the aftermath of the actor's riding accident that left him a quadriplegic and paralysed from the neck down. In spite of his celebrity and the obvious need, their long-term disability insurer objected to an extension of his stay in rehab, and the Reeves had to push hard for the necessary (and expensive) exercise equipment that would help prevent his muscles from succumbing to atrophy.

In a word, Mr. Reeve explained that in his view employees of insurance companies interpreted their jobs as having a responsibility for saving money and mitigating the payouts - and that the antidote to that position is to simply fight back.

Not enough people are willing to take on their insurer in such a way.

More News
It's not like they don't have the money, as Unum's August 1st financial statement revealed. Even with the costs associated with claim reassessments, the company is making money. And that is bound to continue, as the age wave peaks at a place where the largest chunk of workers begin to realize it's not enough to simply earn a paycheque. More than that, you've got to put something away for a rainy day, and to ensure that you, your family and your assets are protected in the event you are no longer able to earn an income.

That's why people buy insurance. And premiums, which are paid diligently, should be met with equal diligence on the part of the insurer, according to the provisions and the limitations of the contract.

If an insurer (as they have a tendency to do) attempts to misrepresent, or misinterpret a client's policy or circumstance to its own advantage just to save a buck, there may be legal precedents based on a denial of the policyholder's rights. The client needs to be prepared to push back and fight, in order to ensure those rights are protected, and that safety net isn't full of holes.
READ ABOUT THIS LAWSUIT

If you have had a disability claim denied, or if your claim was granted and then later terminated, please contact a lawyer involved in a possible [Unum Lawsuit] who will review your case at no cost or obligation.
Request Legal Help Now