Approximately 90 residents have filed a lawsuit in the Opportunity and Anaconda areas of Montana against a number of mining companies. The companies being sued either currently mine the area or they have mined it in the past and the suit alleges that the residents' properties have been contaminated by the smelting operations that are performed by these companies.

The amount of money for damages that are being sought by the residents has not been specified. However, according to the lawsuit, the plaintiffs say that the copper that has been mined and smelted out of Butte has polluted nearby properties for close to a century. The 18-page complaint is demanding that the plaintiffs want to prove in front of a jury that the mining companies have jeopardized their property, their health, and their overall welfare. The allegations state that the mining companies released furnace slag, mine tailings, flue dust, and other heavy materials into the soil, air, and ground waters. 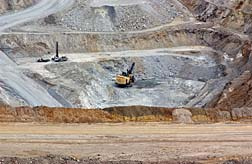 Named as defendants in the lawsuit are the estate of Frank Day, Atlantic Richfield Co., BP Amoco Corp., and Anaconda Mining Co. The suit says that the contaminants were created from the copper smelting in the area between the years of 1884 and 1980.

Atlantic Richfield Company's regional manager, Robin Bullock, said the company is reviewing the lawsuit at this time, but cannot make any public comments on the allegations. She did say, however, that she is disappointed that the lawsuit was filed because the company has been cleaning the site of the former smelting operations since 1988. She says that they do intend on completing the cleaning operations because they have been in compliance with EPA requirements regarding cleanup of the site, which she said will take another few years.

More News
One of the plaintiffs, George Niland from the Opportunity area, has said that the cleanup has taken too long and that the efforts by the company are not satisfactory, so the lawsuit is a last straw. Niland has said that the EPA rules that Atlantic Richfield Co. are abiding by is for a lesser amount of toxins in the soil because he claims there is currently arsenic in the soil that is at a dangerous level on his property.

It is Niland who started the watchdog group, Opportunity Citizens Protection Association. They have been monitoring the cleanup of the site, but they feel that it has taken too long and filed the lawsuit that contains eight allegations that include liability for dangerous activity that is not normal and for negligence.

Atlantic Richfield Co. was not the original owner of the site. They bought the Anaconda minding property several decades ago. Currently, they are fitting the bill for a dam project in which they are cleaning and restoring the Upper Clark Fork River Drainage. The EPA has estimated this project will cost the company $1 billion.