A fourth-grade teacher for Booker T. Washington Elementary School in Suffolk filed a lawsuit with the assistance of her lawyer that accuses the city and the school of failure to address the dangerous levels of mold within the school. She alleges that the mold problem at the elementary school has made her and some of her students ill. The damages she seeks are in the amount of 2.5 million. However, both Hood and her lawyer states that they do not want to bring panic to the parents of the students.

Hood's lawyer, David Bailey, has said that he and Hood do not want to alarm the public and they don't want mothers becoming frantic because of the lawsuit. As of this time, Bailey has not spoken to other teachers or the parents of any students who attend the school. He has also not acquired any records from the school. He says that it is up to court how they want to deal with the situation as to what he does regarding record acquisition and conversations with other teachers and parents. He has further stated that he wants to keep the case limited to the claims of Ms. Hood, although he acknowledges that it does go much further than that. 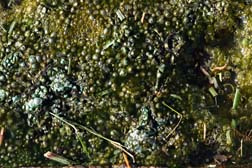 Hood was hired as a teacher at Booker T. Washington last summer to teach approximately 25 fourth-graders. In her complaint, she states that she began suffering with itchy eyes at the beginning of her employment with the school. This later developed into nasal congestion, a face rash that was quite severe, and a sore within her mouth. The lawsuit further alleges that approximately 20% to 30% of the students in Hood's class have respiratory issues, which include allergies, watery eyes, runny noses, asthma, stomach issues, and headaches. Hood has stated that she has to send students to the nurse on a daily basis.

One teacher that works for the school, Tawnya Vogel, has said that she has worked at the school since 1990 and has never experienced any type of health problem while working there.

More News
Bailey, Hood's attorney, specializes in environmental law and has said that 25% of people have the genetic makeup that makes them susceptible to certain toxins such as those that are emitted from mold. Mold and moisture issues require immediate attention. If they don't receive the appropriate attention, then the issue becomes worse than ever and hard to get rid of. It can also make health issues considerably worse if not taken care of immediately.

The lawsuit states that the school decided to start having the floors of Hood's classroom cleaned twice per week. After this excessive cleaning of the floors, they had a mold inspection company come in and inspect the room.

Bradshaw, the spokeswoman for the school, has said that if any parents believe that their child may be ill due to excessive mold exposure, they should contact the officials at the school and also see a doctor. If the parents take the children to a doctor, then the doctor should be told about the mold allegations against the school.