Plaintiffs concerned about the potential contamination of their ground water launched a series of lawsuits citing environmental issues within environment law. A judge in West Virginia has since consolidated hundreds of the environmental law issues into a single class-action case. 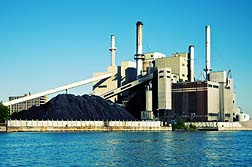 The trial was expected to start May 12th

At issue is an area in West Virginia bordering Rawl, Lick Creek, Sprigg and Merrimac. It is alleged that Rawl Sales and Processing, a subsidiary of Virginia-based Massey, pumped $1.4 billion gallons of coal slurry into former underground mines over a 9-year period from 1978 to 1987.

Coal slurry is a byproduct of washing coal. Current and former residents of the area were concerned that the chemicals filtered into the aquifer their wells drew from for drinking and potable water.

Even though the residents are currently on a public water system and no longer draw water from the potentially tainted wells, residents are concerned that long-term exposure to metals and chemicals inherent with the coal byproduct puts them at a higher risk for developing cancers and other diseases. Hundreds have invoked environment law in an effort to protect their future health.

Earlier this month the Associated Press reported that Circuit Court Judge Michael Thornsbury put in a marathon session at the Williamson courthouse in an effort to facilitate settlements with those litigants who did not wish to be a part of the class action. Attorneys close to the case say that the efforts of Judge Thornsbury, who met with every plaintiff who wanted to see him, probably shortened the trial by several weeks

The remainder of the plaintiffs who could not, or did not wish to settle privately will be represented by an environmental law trial expected to last upwards of 3 weeks

A spokesperson for Rawl Sales and Processing is reported to have denied the allegations. The company stresses that mineral rights agreements dating back to 1889 extend to the company "the full right to take and use all water found on the premises."

More ENVIRONMENTAL LAW News
For its part the Department of Environmental Protection for Virginia has indeed, allowed for coal slurry to be allowed to be fed underground for decades, although there has never been any conclusive study suggesting whether, or not coal slurry is a hazard to human health through the water supply.

The Associated Press reported that a state study identifying the slurry's chemical composition is to be presented in June. However that study also does not address any potential health hazards. A separate study to address the environmental issues as it relates to human health is forthcoming.

For now, the plaintiffs are hoping for both monetary damages according to the full measure of environment law, together with demands for long-term medical monitoring.
The class action is yet another example of the importance of both environmental law and the environment to a community's overall health.

If you have suffered losses in this case, please send your complaint to a lawyer who will review your possible [Environmental Law Lawsuit] at no cost or obligation.
Request Legal Help Now