Ninety-one families who sued Exxon Mobile for environmental contamination have been awarded $150 million in their lawsuit. The lawsuit followed a gasoline leak that contaminated wells and forced people to buy bottled water. 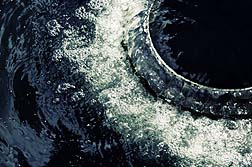 The leak occurred in 2006, when an underground storage tank leaked approximately 26,000 gallons of gasoline. The leak went on for 37 days before it was discovered. Families were awarded approximately $1 million each for emotional distress plus the value of their homes and medical monitoring.

However, the plaintiffs were not awarded punitive damages because the jury did not find that Exxon committed intentional misconduct. The plaintiffs had initially sought billions of dollars in their lawsuit. In addition to the payment to families, Exxon also paid $4 million to the state and said it paid $38 million to clean up the leak. Experts said that it was one of the largest verdicts in state history.

But, plaintiffs said that the cleanup was not successful and their wells still show high levels of a potential carcinogen related to gasoline. They also say that although they have been compensated for emotional distress and property damage, they worry about the health effects in years to come and whether they will ever be able to sell their houses.

According to a source quoted in the Baltimore Sun, an internal Exxon e-mail that came out during the trial said, 'Years from now, Jacksonville will be just another notch on the tree of life." The source went on to say that he feels Exxon acted irresponsibly in the situation by not offering to help homeowners after the gasoline leak.

Although this lawsuit is finished for now, Exxon still faces another lawsuit filed on behalf of 150 other Jacksonville homeowners and businesses involved in the same gasoline spill. Attorneys in the second lawsuit have said they will argue that the underground tank was improperly designed and constructed.

Meanwhile, another lawsuit is brewing against Exxon related to a vapor leak that was discovered in 2004, also in Maryland. Plaintiffs are waiting to hear whether their claims will be consolidated into a class action lawsuit or will be filed individually.

Environmental contamination can cause havoc for families and communities dealing with the aftermath. There is, of course, the property damage to consider. Homes and properties can be destroyed by contamination, or at least rendered less valuable. After all, who wants to buy a home that sits on property soaked with gasoline or other carcinogens?

Then there are the health problems. Exposure to contaminants can cause a range of health issues, from headaches and nausea to cancer and possibly even death. Some of the chemicals that have leaked onto people's property (or been blown there, as in the case of dust particles) have caused serious, long-term, life-altering health problems—issues that citizens would not have had to face had the environmental contamination not occurred.

More ENVIRONMENTAL CONTAMINATION News
There is also the issue of peace of mind. From the time of contaminant exposure on, people lose their peace of mind. Every cough could be deadly, every headache a sign of a tumor and every odd smell could be sign that something else, something potentially worse, has leaked. How do you put a price on something as intangible as peace of mind, especially when the victims were completely innocent in the environmental contamination? They could not have prevented it—all they could do was react after it happened and suffer the consequences.

Environmental contamination can cause a multitude of problems for those affected. The good news is that the courts do not look kindly on companies that do not properly protect the citizens that live around their factories, plants and storage tanks.

If you have suffered losses in this case, please send your complaint to a lawyer who will review your possible [Environmental Contamination Lawsuit] at no cost or obligation.
Request Legal Help Now