It has happened again. The Duragesic patch, manufactured by a subsidiary of Johnson & Johnson, has been recalled for fear of an accidental overdose of the powerful fentanyl drug. The fentanyl patch is designed to release just the right amount of the powerful drug through the skin. However, this latest Duragesic recall is yet another example of the danger that still lurks. 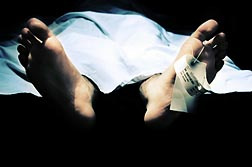 Fentanyl is a powerful opiate drug, appropriate only for patients who suffer from persistent pain at levels ranging from moderate, to severe. It is also only appropriate for patients who are conditioned to opiate drugs. Thus, the concern that a defective fentanyl patch, either mis-prescribed for a patient not properly conditioned to opiates or, for that matter to a patient medically qualified—could deliver an improperly-high dosage.

Duragesic has been described as "innovative". However not innovative enough, it seems, to have been recalled 5 times since 1994 for similar reasons. This time, the recall is again being conducted in tandem with the US Food and Drug Administration (FDA) and warns that potential tears in the reservoir within the patch that contains the fentanyl gel could result in excessively high doses of the powerful opiate being absorbed through the skin.

Fentanyl can kill. It can be especially lethal to people not properly conditioned for the rigors of opiate drugs, and in high doses can pose a risk for anyone.

What's an even greater concern is that a similar recall in February of last year was said to be a much larger recall—and yet the recall was said to have been for a less-potent version of the drug that is currently on the recall list.

As well, the recall a year ago was for products manufactured for Johnson & Johnson subsidiary PriCara by Alza Corporation Of Mountain View, California. Turns out the same company is behind the current fentanyl patch recall, an action that was announced in the dying hours of 2008. Alza, it was reported, has assured in a statement that the latest manufacturing problems have been corrected.

Given the powerful nature of fentanyl, the safety net for the patient only extends to the ability of the Duragesic patch to deliver the opioid drug slowly, and through a controlled fashion, through the skin. The fentanyl gel is contained in a reservoir within the patch. Provided the patch works as designed, the treatment for moderate-to-chronic pain for patients deemed appropriate for fentanyl, is effective.

But then there's that word that rhymes with effective, and that's defective. And defective is what happens when, through a serious of apparent manufacturing problems, the patches arrive from the manufacturer with tears close to, or directly impacting the reservoir. When this happens, the carefully designed dosage strategy inherent with the Duragesic patch is defeated, and the potent fentanyl can do an end-run around the normal delivery system, delivering higher and varying doses of fentanyl through the skin.

According to the product labeling, direct exposure to fentanyl gel can lead to serious adverse incidents or side-effects that can include respiratory depression and possible overdose that could be fatal.

PriCara is a division of Ortho-McNeil-Janssen Pharmaceuticals Inc.—which in turn is part of the massive Johnson & Johnson family. Alza Corp, out of California, has the contract to manufacture the patches.

More FENTANYL PATCH News
Due to the serious nature of the adverse affects, it is important to note that should a patient knowingly come into contact with fentanyl gel from the Duragesic CII patch, the patient should wash the area thoroughly with water only, and the offending patch should be disposed of without actually touching the affected patch with exposed skin.

The recommendation is to flush the patch down the toilet. However, there was no mention of any potential risk to the municipal water supply, in doing so. The latter is an entirely different issue.

The more direct health concern is that the recalled Duragesic patch can result in serious health issues, even death. If your health, or the health of a loved one has been compromised in any fashion as the result of using a recalled fentanyl patch identified through the Duragesic recall, please consult an attorney. You may have medical bills, and other expenses that should not be your's alone to bear…

If you have suffered losses in this case, please send your complaint to a lawyer who will review your possible [Fentanyl Patch Lawsuit] at no cost or obligation.
Request Legal Help Now

Posted by
Fran Spruill
on April 22, 2013
I've been a user of the Duragesic patch for 10 years now. At first the brand Duragesic did have gel inside the patch. For about 5 to 7 years about the brand Duragesic is just a sticker with no gel in it whatsoever. Now the generic Fentanyl does have gel in it's patches! I personally HATE the generic due to the gel in the patch! They make me itch, which the brand Duragesic never did! The Fentanyl also leaves red marks on my skin from where the patch was put on. Also, for MANY years, Johnson and Johnson sent free covers to put over the brand Duragesic only, not the Fentanyl, which helped keep the patch on. Since November of last year they stopped sending out these free covers to Duragesic users. We had to send in proof that we were on the brand and not generic in order to receive the covers for free. Now for the past 2 months, all the pharmacies in my area sale ONLY the generic Fentanyl patches, which IMHO are the patches that are dangerous and can leak out the gel that's inside them. The brand Duragesic again did not have any gel or liquids inside them, they were just a sticker that stuck to your skin and released the medication like they were supposed to do. I was on many other strong pain medications for 2 years before I was offered Duragesic, and when I first put that first patch on, within an hour my pain level decreased about 40%! I felt finally some pain relief that I hadn't felt in years! At the time, Duragesic was to me God sent! I was able to get out of bed, play with my kids to an extent, cook, clean with limits, and do things I wasn't able to do in many months! Then the generics came out and messed everything up for me! Plus after being on the lowest dose of Duragesic for so many months, they didn't work as well as they did when I first started to use them, so they had to up my dose to the 50mcg, which with all medications, after you use them for a period of time, you have to increase the dose in order for them to work properly. I do agree that NOBODY should be put on this drug unless they have been on strong narcotics for over a year at least! And IMO they shouldn't be given to people under the age of 21 or maybe even older than that! But with the brand Duragesic patches, there is nothing inside them that can tear/rip to cause any liquids to release from the patch onto the skin. The generic patch Fentanyl does in fact have a gel that can tear/rip and leak onto the skin very easily and some patients might not notice this until it's to late! I strongly believe they should do away with all the generic Fentanyl patches due to the gel inside them, and keep the brand Duragesic patches with no gel inside them so chronic pain patients can continue to use them, and be safe using them! Again, I've been on Duragesic for 10 years and have NEVER had any issues or problems with them. For the past 2 months though nobody has the brand anymore and I'm stuck with the generic Fentanyl and I don't like them! I see my PMP in June and I'm going to tell him I want off these patches if the generic are the only one's I can buy now for my chronic pain issues. I'll stick with pills or even the Fentanyl lolly-pops called "Actiq" which are supposed to be safer than the Fentanyl patches! I agree 100% that the generic patch Fentanyl is very unsafe and can and will kill people if there's even a little pin hole in them. But I totally believe that the brand patch Duragesic is 100% safe unless the patient were to cut it and chew on it or even swallow them which I've read people doing that over the years to get a "high"! IMHO people like that do not need to be prescribed this type of medication! All I'm saying is, many people do need these patches, not the generic but the brand only! So please don't punish those who need them and use them correctly due to the generics that aren't made properly and those who misuse them for their entertainment! Thank you and hope my story helps!