Novartis Withdrawing Zelnorm: But at what Cost?

Novartis Pharmaceutical Corporation has put the cost of withdrawing its Zelnorm medication at $52 million according to The Wall Street Journal online.

The medication was first approved by the FDA in July 2002 for treatment of irritable bowel syndrome (IBS) and severe constipation. In March 2007, the FDA requested that Zelnorm sales be halted when research demonstrated that it significantly increased risk of heart attacks, strokes, angina and death. The company complied.

Profits Before People?
At the time it was removed from the market, Zelnorm was one of the 200 most prescribed brand-name medications in the United States, with over 2.6 million prescriptions written during 2006 alone. Sales were $561 million worldwide in 2006, with a 34% increase in total sales over 2005. 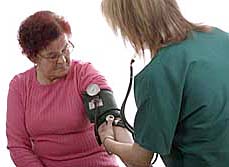 Back in 2004, the FDA had issued a warning that Zelnorm had been associated with serious cases of diarrhea as well as instances of ischemic colitis, a medical condition where blood flow is reduced to the intestines. The FDA stated that serious consequences of diarrhea (significant loss of fluid, low blood pressure, and episodes of passing out) had been reported in the clinical studies and during marketed use of Zelnorm.

While new warnings were added to the product information, Zelnorm remained on the market until 2007. Some consumers now wonder, was it a case of profits before patient safety?

Financial "Side Effects" for Novartis
The Wall Street Journal online Alex Gorsky, head of Novartis's North American pharmaceutical business, said that the cost of Zelnorm returns were about $40 million, while unsold product cost about $10 million. Another $2 million went to administering the withdrawal.

In addition to those costs, shares in Novartis fell over three percent after the Swiss drug maker cut its 2007 sales forecast when it withdrew Zelnorm from the market.
"The liability risks are clear," analyst Denise Anderson at Kepler Equities in Zurich, told World News Network. Anderson said the withdrawal would lower the growth rate in the pharmaceutical division by 2.4 percent in 2007.

What about the Human Cost?
Side effects of Zelnorm have been linked to an increased risk of heart attacks, strokes and angina, associated with chest pain caused by a lack of blood and oxygen to the heart. Other potential dangers include a risk of severe diarrhea, ischemic colitis and death.

Families whose loved ones have suffered or died as a possible complication of using Zelnorm are now demanding answers - and accountability.

Like [ Steve's tragic account,], whose wife Sylvia took Zelnorm and died of a heart attack in 2006. Sylvia had visited the doctor just a few days before and there was no indication that she had a heart problem; there was also no history of heart disease in her family. Says Steve: "I never could figure out why this happened. Until now."
READ MORE ABOUT Drugs/Medical