Transgender Law to Possibly be Compromised

A heated debate is allegedly taking place in Maryland in regard to a law intended to safeguard rights for transgendered people. The law offers shielding for the transgendered for the areas and services of: public accommodations, provision for taxis and cable, housing and jobs. A petition with approximately 32,000 names opposing the law is attempting to challenge the law at the polls this fall.

An organization called Citizens for a Responsible Government has implemented automated dialing to home throughout Montgomery County to bolster interest in the petition. The organization believes that the latest legislation is only favoring the transgendered population, which they estimate at one percent. The group purports that this legislation is not taking into account the inherent rights, welfare, and safety of all other people. The group has implied that public bathrooms will not afford privacy for the average citizen under the new legislation. 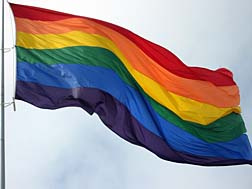 Government officials oppose the viewpoint expressed by Citizens for a Responsible Government. They alleged that the issue of lack or privacy in public bathroom is an unfounded, age old argument. Some argue that the wording in regards to bathroom usage by transgendered is not detailed enough.

Officials feel that transgendered people will use the bathrooms where they best fit in and feel safest. They also believe that transgendered people are not out to scare anyone or make the public uncomfortable. They just want to be able to live life without the threat of violence and discrimination. The goal of the legislation is to provide rights for people who strongly believe that their gender has never correlated with their identity since they were born. The legislation has passed with flying colors through the Montgomery County Council.

Montgomery County is joining the ranks of thirteen states and ninety-five jurisdictions who have also implemented legislation to safeguard the rights of transgendered peopled. The General Assembly of Maryland is giving serious thought to offering the safeguard to all transgendered people throughout the state of Maryland. A bill which was similar in scope was shot down by one vote by Maryland's Senate committee in 2007. There is talk that another bill of the same nature will be proposed this year.

More News
Spring 2008 brought a victory to transgendered people in three states which passed anti-bias laws. The governor or Maryland has mandated an executive command that state employees be free from discrimination for both gender identity and the ability of expression. In 2002 Baltimore implemented legislation regarding transgendered protection.

The House of Representatives implemented a bill aimed at eliminating discrimination against employees for their sexual orientation. Due to criticism and opposition, the House of Representatives removed the portion in regards to transgendered people just to get the bill to slide through. College students in San Francisco and New York City have been successful in getting legislation passed regarding usage of public bathrooms by transgendered people. The students pressured legislators in the cities to provision for the removal of urinals, and mandate genderless bathrooms.