Rep. John Lewis has spent a large part of his life fighting discrimination. He has been a well-known civil rights leader for quite some time. However, he recently settled a discrimination lawsuit with a former employee who alleged that she suffered age, race, and gender discrimination while working in his Atlanta office.

The plaintiff, an African American woman named Lovelean Williams, worked in Lewis' office for 13 years. She said she was denied a promotion that was awarded to a white male instead of her and was paid $6,000 less than the same white male for doing the same work. When she addressed her concerns to Lewis, Williams stated in the lawsuit that she was fired and only had eight months left before she could retire. 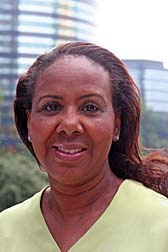 Lewis denies the allegations made by Williams. In the court papers, Lewis stated that Williams was not truthful regarding her salary and the salaries of others working in the office. He further stated that she was disciplined and managed the same as all personnel and within what is allowed by equal-opportunity employment laws.

In Williams' complaint, she sought to receive over $600,000 in retirement benefits, lost wages, and pain and suffering compensation. She filed the lawsuit in August 2006 in the Federal Court in Georgia. However in July, Williams and Lewis reached a settlement. It is not known exactly how much Williams received from Lewis, but any of the money that was agreed upon was certainly not paid from his own pocket.

What paid the settlement was a "Judgment Fund," which is a fund of tax dollars set aside in the federal budget to pay off settlements when legal cases are brought against government entities. This also includes discrimination lawsuits against government officials such as congressmen. Nevertheless, in such cases, the government does not release the settlement details to the public. It is kept secret as to how much they pay out.

However, it was just recently that the court documents surfaced due to a former follower of Lewis becoming disillusioned and leaking the information after Lewis' endorsement of Sen. Hillary Clinton. Since that endorsement, Lewis has now switched and is endorsing Obama. But Democrats and blacks are charging that Lewis is losing touch with his people after 20 years in Congress. The individual who leaked the lawsuit information to the public has not been named because that person feels they may be retaliated against at their job, which is for the government.

More News
Also, a 30-year-old human rights activist who is from Atlanta, the rev. Markel Hutchins, says that he is going to run against Lewis in the congressional primaries held in July. This will be the first opposition that Lewis has encountered in 10 years. Another individual, Joseph Beasley who is the Rainbow/PUSH Coalition director for the southern region talked on behalf of Williams to Lewis and has stated that he feels the treatment of Williams to be unjust. He said in a statement that he had talked to Lewis about just letting her retire and says that Lewis told him it was none of his business; that the situation was being handled by the right people.

Williams has not made any public comments about the lawsuit or her settlement. In her filing, she alleged that she was harassed repeatedly by Lewis' chief of staff. She further alleged that she was moved to a smaller office and stripped of her job duties, as well as assigned to tasks that medical problems prevented her from being able to perform. She has carpal tunnel syndrome and was assigned to sign 9,000 invitations by hand.

Neither Lewis nor his chief of staff has made comment on the settlement due to a confidentiality agreement that was signed by all parties involved.