In a high-profile gender discrimination case against Fresno state, the former women's basketball coach has said that she will accept the $6.62 million awarded to her so that she could put an end to her case against the college.

Stacy Johnson-Klein was originally awarded $19.1 by the jury who heard her case, but a new trial was ordered last week by a judge unless Johnson-Klein agreed to accept a smaller amount of money. The judge released a 61-page ruling on Friday that supported the verdict against the school, but stated that the $14 million awarded by the jury for emotional distress was too much. The Judge cut the emotional distress damages down to $1.55 million, but allowed the Jury's award of around $5.1 million for losses to stand. The judge told Johnson-Klein that she had until February 22 to make a decision or face a new trial. 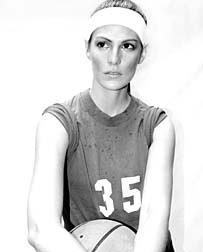 Johnson-Klein has stated that the case was never about the amount of money she would receive. She has stated that she is hoping that the award and the verdict passed down by the jury in her favor will show women that it is okay to speak up in cases of gender discrimination. She has also stated that going ahead and taking the smaller judgment rather than undergoing a new trial was the best decision for both her and her family. She also intends on recounting the experience in a book.

As for when the case began, It all started three years ago when Johnson-Klein stated that her superiors sexually harassed and retaliated against her because she spoke out in support of the players in regard to equality. This suit makes her the third woman employed in the athletics department at Fresno State to sue for discrimination.

In December 2007, a jury of 1 man and 11 women, who took only about 4 hours to deliberate, agreed with Johnson-Klein's side of the story and awarded her the $19.1 million. However, Donald Black, Fresno County Superior Court Judge, said on Friday that he believed that the payout to Johnson-Klein was the largest in California history, even after it was reduced. After December's jury passed down the $19.1 million decision, Fresno State stated that the jury was under the influence of emotion instead of logic and asked for a new trial.

More News
Judge Black disagreed with Fresno State in their request for a new trial, stating that there was ample evidence available to the jury that influenced their decision. Instead, the amount was reduced by Black.

In the meantime, Fresno State is appealing a suit filed by Lindy Vivas, a former volleyball coach, in the amount of $4.52 million. Her suit is also in regards to gender discrimination. There was also another discrimination lawsuit filed by Diane Milutinovich who was the athletic administrator. Milutinovich was awarded $3.5 million in a settlement.

However, in regards to the Johnson-Klein case, the school has stated that they realize she wants to move ahead with her life, but that the school has a need to do the same thing.