The Verdict is in: $241,119 Awarded in Age Discrimination Lawsuit

A Topsham, Vermont man has been awarded a large sum of money in an age discrimination lawsuit in which he claims he was denied a job as a town road foreman because of his age. The man, James "Bucky" Spooner was awarded $241,119 by an Orange County Superior Court jury as a result of his claim.

Spooner, 60 years old, had previously worked in road maintenance for 15 years and in 2001 had applied to become the road foreman for Topsham in 2001 after the decision of the longtime foreman and commissioner, Sydney Smith, to retire.

According to court documents, a 32-year-old man with considerably less experience was hired for the position after two members of the board deemed Spooner as being too old for the job. It was stated that Spooner would possibly not hold the job for the long-term because he would be of retirement age in a few years. 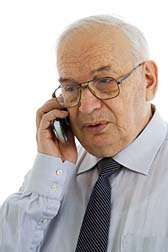 After three days of testimony and the presentation of evidence supporting Spooner's claims, the Jury reached their verdict on January 25th.

Topsham is looking to appeal the verdict. The town's attorney, Andrea Galitano said the town officials have been advised to not talk about the case while the consideration to appeal is being made. She said, "We're obviously disappointed in the verdict."

One man who identifies himself as JBT says, ""Was there not some way to resolve this in a way that everyone could be satisfied?" It is very likely it was tried - Alternative Dispute Resolution (ADR) which is some kind of mediation or Arbitration. Since the town is looking toward appealing the verdict, it sounds like they didn't like the results of the ADR."

What do others within the general public have to say about the verdict in this case? One citizen states, "Good for Bucky Spooner! How did the folks who did the hiring know any different about the 32- year-old man who was hired? Maybe he'd decide to leave after a couple of years too." He continues to say, "It's really sad. Here he gave 15 years to the community and did work on the side. He certainly showed his passion and caring for the job."

Age discrimination cases do not usually make it to trial in Vermont. However, according to Sandra Everitt, head of the civil rights division of the Attorney General's Office, she feels that the evidence was adequate that Spooner's age was a factor in the hiring process that resulted in him not securing the position and a less experienced worker being awarded the job. The public is asking many questions whether they feel the verdict was justified or not, but it will be the possible appeals process that may make or break the entire situation.