Anyone who claimed to have smelled a manufacturing rat when over-sized, double-dose versions of Digitek generic digoxin tablets began showing up on pharmacy shelves, are now seeing the entire rat pack with news that Actavis Totowa, the makers of Digitek, have recalled ALL of their generic drugs manufactured at the Little Falls, New Jersey plant. 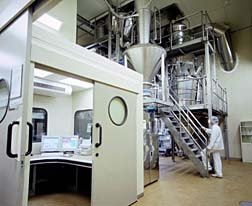 The recalled drugs include painkiller oxycodone, the prenatal supplement Prenatal Plus FE, the anti-depressant mirtazapine, and amidrone, a medication used to treat migraines. In all, 60 medications were recalled, which represents the entire inventory of the Actavis Totowa plant at Little Falls.

This latest development involving the manufacturer of Digitek seals the deal, if you will, for anyone suspecting a manufacturing defect as the basis for the Digitek crisis. This stemmed from a recall earlier this year of Digitek digoxin manufactured at Little Falls, after tablets were found to contain twice the recommended safe levels of digoxin within the context of a single dose.

Digoxin is a fairly common medication used to regulate the heart. Many consumers even order it via mail order. The problem, as has been outlined previously, is that the time frame over which elevated digoxin levels in the bloodstream translates to digitalis toxicity is extremely narrow. Symptoms of digitalis toxicity, which can be fatal, can appear within one week of taking higher doses of digoxin, than that recommended. What's more, many doctors discovering that a patient presents a higher level of digoxin than recommended, would prescribe half doses of Digitek: in other words, cutting the tablet in half. The idea would be that the half-dose would serve to gradually reduce the digoxin level in the blood, while not interrupting the digoxin supply to the heart completely.

However, halving a tablet containing twice as much digoxin as recommended, would only serve, in such a case, to maintain the elevated level of digoxin, not reduce it. And, of course, unknowingly taking a double-dose of digoxin via an adulterated Digitek tablet would quickly elevate digoxin levels to the danger zone associated with digitalis toxicity.

Hundreds have been injured, and many have died. Several lawsuits are pending.

The culprit appeared to be a glitch in the manufacturing process. Double-dose Digitek tablets were found to be twice the size they should have been, suggesting that a manufacturing defect allowed two, single-dose tablets to be mashed together as one.

Subsequent investigations revealed that Actavis Totowa has been taken to task by the FDA with regard to good manufacturing practices, in the past. A previous inspection of its Little Falls, New Jersey plant by the FDA—long before the Digitek recall—identified serious deficiencies with the company's manufacturing process and quality controls, and the federal regulator suggested in no uncertain terms that the company not only address those deficiencies, but advocated that Actavis Totowa bring in an impartial third party to assist with the rehabilitation of its manufacturing protocols.

It is reported that the company assured the FDA that fixes would be made.

More DIGITEK News
The subsequent revelation of the oversized Digitek tablets and the resulting recall appeared to suggest that those deficiencies were not sufficiently addressed.

Actavis is based in Iceland, and has 11,000 employees in 40 countries. In 2005 it purchased a manufacturer of low-cost generic drugs known as Amide for more than $500 million. With plants in Little Falls and Totowa, Amide became known as Actavis Totowa.

It is not known if manufacturing difficulties at the Little Falls plant pre-dated the purchase, or have emerged since.

Regardless, this latest news about the company's complete Little Falls inventory being recalled, is sure to serve as a series of nails in the coffin for Digitek, and the various attorneys for Digitek litigants wielding the legal hammers.