In the wake of the Digitek recall, and the more recent recall of every drug manufactured at the Actavis Totowa facility in Little Falls, New Jersey—it has been revealed that the Digitek drug debacle, together with Digitek and heart problems will be the subject of a Congressional investigation.

Earlier this month congressional drug watchdogs John D. Dingell (D-MI), Chairman of the Committee on Energy and Commerce, and Representative Bart Stupak (D-MI), who chairs the Oversight and Investigations Subcommittee, began to beat the drums over the possibility, or plausibility that the US Food and Drug Administration (FDA) knowingly allowed dangerous drugs to be sold to US consumers. 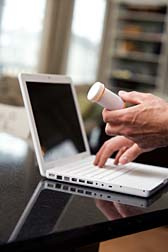 Congress will, indeed investigate both the Class 1 recall of oversized Digitek heart drug tablets back in the spring, and the subsequent recall August 1st of all generic drugs manufactured at the Actavis Totowa LLC facility in New Jersey.

"Once again our Committee is forced to examine whether FDA can do its job to protect Americans from drugs produced in a manner that threaten the health and lives of American consumers," said Dingell. "Apparently, companies such as Actavis and Ranbaxy are allowed to operate and continue to receive approvals to manufacture other drugs long after FDA knew or should have known that their manufacturing operations were out of control and potentially lethal."

Representative Stupak had this to say: "The Center for Drug Evaluation and Research (CDER) has ignored its mission to protect the public health," said Stupak. "In case after case, we have seen FDA bend over backward to keep scofflaw companies in business and highly-questionable drugs on the market. A wholesale change in the decision-making apparatus at CDER is clearly needed if Americans are to trust the drugs prescribed by their doctors."

The questions clearly center on the April 8, 2008 recall of Digitek digoxin tablets, after they were found to contain twice the safe amount of digoxin. They were also twice as large as normal, raising the specter that perhaps, somewhere along the manufacturing process, two single-dose tablets were mashed into one at some point along the assembly line.

It would be virtually impossible for a patient to determine whether, or not a tablet was the improper size. Beyond that, the implications of digoxin levels beyond the recognized limits of safety are quite serious, given that digoxin is a widely prescribed drug to regulate the heart in heart patients, and generic digoxin is quite popular with cost-conscious consumers.

The problem, of course, is what happens when you get too much digoxin in the bloodstream. Digitalis toxicity, an extremely serious condition that often proves fatal if left untreated, can occur within the first week of ingestion of digoxin tablets higher in dose than normal. A week is an extremely narrow window. As well, a physician who has recognized elevated digoxin levels will often mandate their patients to halve the tablets, in order to cut the dose in half in an effort to bring the digoxin level back down. However, were this to occur with the over-sized, double-dose tablet, all the patient would be effectively doing, was maintaining the already elevated level of digoxin.

It would not rise. But it would not drop, either. A dangerous road to digitalis toxicity. Many have been stricken seriously ill, and some have died.

What is of concern to Congress, is just what did the FDA know prior to the recall? The federal drug watchdog had been into the Little Falls facility previously for inspections, and did not like what it saw. The FDA sternly admonished the owners of the facility, and demanded dramatic improvements to their good manufacturing practices (GMP), recommending the manufacturer bring in a third party skilled in GMP principles.

The manufacturer assured the FDA that it would comply, however it is not known if they did. It is also not known whether, or not the FDA attempted any follow-up prior to the April recall of the Digitek tablets.

More DIGITEK News
When the FDA again inspected the facility after the Digitek recall, it found sufficient concerns to warrant a recall of every generic drug manufactured there.

That's serious stuff. The question remains, of course, what could the FDA have done better to prevent the tragedy from happening in the first place? People have died, on the FDA's watch.

It should be noted that Amide Pharmaceuticals formerly operated the Little Falls, New Jersey facility where the Digitek drug was made, before Actavis, a global supplier of generic drugs based in Sweden, acquired it. The events of the last six months since the Digitek recall have linked Digitek and heart problems in the minds of consumers, who will be following the findings of the upcoming Congressional hearing. Their lawyers will, too…