Digitek Recall: Yet Another Lawsuit After Heart Drug Turns Nasty

Most people have an inherent trust when it comes to the people who look out for their health, and the drug makers that put the pills in the bottle that play such a vital role in maintaining that health. However, a Clay County couple in West Virginia has found that you can't trust the contents of the pill bottle after oversized Digitek tablets led to a stroke, and other injuries.

A lawsuit filed by Lola and Johnnie Smith in Kanawha Circuit Court is just the latest in similar actions filed against Mylan Pharmaceuticals, the company that distributes the recalled heart drug. 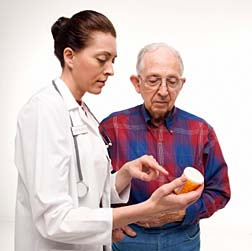 Digitek made news this past spring after it was found that Digitek tablets were oversized, and contained twice the approved dose of digoxin in a single tablet. While it has never been specified whether oversized tablets were randomly present with regular-dose pills in a single bottle…or every tablet in a bottle might have been oversized…the fact remains that patients were put at risk by taking a single tablet and assuming they were getting a single dose of the drug, when in actual fact they were getting a double dose.

Digitalis toxicity is a serious condition, and that toxicity can be arrived at quickly—within a week, according to doctors. Further, a physician monitoring a patient and determining the presence of digoxin levels too high for safety, often advocate that their patients cut the pill in half and take a half dose until digoxin levels come back into line. With an oversized tablet however, halving the pill only produces a regular dose, which would only serve to maintain the level of digoxin, not reduce it.

Lola Smith knows only too well the narrow therapeutic index inherent with Digitek, and the limited margin between effectiveness and toxicity. Suffering from heart arrhythmia, Smith was prescribed Digitek by her doctor and soon began experiencing vision disturbance, weight loss, dizziness, fainting, cardiac instability, stroke and other damage.

The lawsuit alleges that Smith was given twice the approved level of Digitek.

The manufacturer of Digitek, Actavis Totowa, has been cited by the US Food and Drug Administration (FDA) in the past for its manufacturing practices. This latest problem with Digitek appears to have been caused when two single-dose tablets were mashed together into one, double-dose tablet at some point during the manufacturing process.

Digoxin, the generic name for Digitek, is often prescribed to heart patients and is a common treatment for atrial fibrillation, atrial flutter and heart failure. Such is its commonality that patients ingest the tablets without any concern for dosage assuming they are taking the tablets according to prescribed protocol. While digoxin levels are monitored on a regular basis, digitalis toxicity can occur, as reported above, within a week—sooner than some patients would see their heart doctor for a regularly-scheduled checkup.

The recall takes on added significance when one considers that the heart abnormalities noted above are often treated with digoxin when no other medications prove effective. As such, Digitek can prove to be life-saving, and life-threatening—all within the confines of a week.

The pendulum can swing that fast in seven days.

More DIGITEK News
A spokesperson for Mylan Pharmaceuticals defended the company in a statement to the West Virginia Record, and politely deflected the blame to Actavis Totowa. "Patient safety has always been of utmost concern for us at Mylan," Michael B. Laffin, director of global public affairs for Mylan, told a reporter. "We have been working with the FDA to ensure that our customers are aware of Actavis Totowa's recall of Digitek.

"Digitek is manufactured by Actavis and distributed by Mylan. Actavis, as the manufacturer, initiated the recall, and our expectation is that Actavis is responsible for all costs associated with it, including litigation costs. Digitek represents a very small portion of Mylan's global product portfolio."

Little wonder, given the popularity of Digitek and the aging population, there are so many lawsuits stemming from this recall, and the deaths and injuries which have resulted.

In the seven-count suit, Smith and her husband seek compensatory damages to cover their medical expenses, as well as punitive damages for their other injuries.