When consumers purchase products, they believe those products have already passed all the necessary safety tests and have proven not to be defective. Unfortunately, a quick glance at the news gives the appearance that there are more and more defective products on the market. While some are fairly harmless, others can cause serious injury and even death to their user.

Consumers are now fighting back to protect their rights by filing lawsuits against companies who allow defective products to be sold on the market. 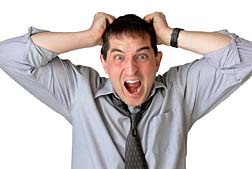 Defective products run the gamut--recent news has carried stories of everything from defective medicine (Digitek) to defective ATVs (Yamaha Rhino) to defective vehicles (Chevrolet Tahoe). Recently filed lawsuits include a suit against Bausch & Lomb, alleging the company's ReNu with MoistureLoc was defective and caused permanent eye damage, and a lawsuit against Reebok alleging the company's hockey gear was defective, allowing a stick to injure a player's eye.

It goes without saying that consumers purchase products they believe are safe for use. But that is taken one step further when they purchase products that are designed to protect them and their health. When those products—including medical devices, pharmaceutical drugs and safety gear—fail, serious harm can occur.

For example, take the case of people injured by Medtronic Sprint Fidelis devices. Those patients had the devices implanted to ensure their heart kept a normal rhythm. Yet in many cases, the device misfired, shocking the patient's heart when no shock was necessary. In other cases, the device failed to apply a shock when it was necessary. Some patients died as a result of the defective device while others endured agonizing pain. Those who survived now live in fear that their devices will fail again.

More News
Other situations involving defective products may not seem serious until something goes terribly wrong. According to the Providence Journal, several manufacturers of polyurethane foam will pay $30 million to the victims of a nightclub fire. The fire, which started when sparks from fireworks ignited the foam, killed 100 people and injured another 200. Plaintiffs in the lawsuit alleged that the foam was "defective and unreasonably dangerous." The foam was used to soundproof the club.

Manufacturers have a duty to ensure their products are as safe as possible before selling to the general public or before they are used in areas that exposes the public to risk. Unfortunately, some companies cut corners in an effort to maximize profit, unconcerned with the potential harm that could be caused.

Consumers are now fighting back against companies that do not take public safety seriously. Many are investigating and filing defective product injury lawsuits, alleging the companies knew or should have known about the risks involved with their defective products.

If you or someone you love was injured by a defective product, contact a lawyer to discuss your legal options.

If you have believe you have suffered injury from a Defective Product, please contact a lawyer involved in a possible [Defective Product Causing Injury Lawsuit] to review your case at no cost or obligation.
Request Legal Help Now