Consumers have been left frustrated by the recent Maytag dishwasher recall that occurred after reports of fire associated with the appliance. Some customers waited for weeks after the recall before their Maytag dishwashers were fixed or before they received their rebates. 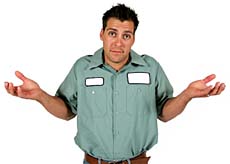 Meanwhile, another man who also owned a recalled dishwasher decided to purchase another one after Maytag offered a $75 rebate. He phoned Maytag to get the rebate form but never received it, despite repeated phone calls and assurances that the form was in the mail. The man went to the retailer where he had purchased the new dishwasher to see if they could order a rebate form, but they could not obtain one either. A form was finally sent out after local media got involved.

Customers at one blog write that they have been waiting months for their repair kits to arrive. One consumer said that the people at Maytag had no answers as to how long it would take for repair kits to arrive. Another consumer reported owning one of the recalled dishwashers and paying to have it repaired back in 2001 after it caught fire. However, the customer says that Maytag will not reimburse them, despite having all the paperwork to prove that the dishwasher caught fire. Other customers on the blog say that they are just now learning about the recall and have not able to reach Maytag.

A voluntary recall of Maytag and Jenn-Air brand dishwashers was announced after reports of 135 fires involving the dishwashers. The fires were caused when liquid rinse-aid leaked from the dispenser into the dishwashers' internal wiring, causing the wiring to short-circuit and ignite. Four injuries were reported related to the fires, including smoke inhalation and a serious hand laceration. Anyone who still has one of the recalled dishwashers and has not had the appliance repaired should immediately disconnect the dishwasher from electrical power. This can be done by shutting off a circuit breaker or disconnecting a fuse.

Maytag offered its customers a choice of either a free in-home repair or a $75 reimbursement for the purchase of a new Maytag, Jenn-Air, KitchenAid, or Whirlpool dishwasher. The 2.3 million dishwashers included in the recall were sold between July 1997 and June 2001 for between $370 and $800. They can be either under-counter or portable and have white, black, bisque, almond or stainless steel front panels.

If you purchased a Maytag or Jenn-Air dishwasher, and subsequently had a fire involving the machine, please contact a [Maytag Dishwasher] lawyer who will evaluate your claim at no charge.
Request Legal Help Now

Posted by
Kirk
on December 21, 2010
I too had a recalled dishwasher and opted for the rebate. I applied on line in September and waited 2 weeks. No rebate. I called and they said they mailed it. Waited another week. called and they said they would mail another, Finally get the form and find out I will be getting a gift card. WHAT! How can I put that toward my VISA bill. Maytag sucks. So I mail the form and I am still waiting. Every time I check status online I am not in the system. Maytag sucks. When I call they tell me it is in the mail. OH it is coming from INDIA by camel and they can't swim. Stay away from Maytag. Oh did I mention they suck. I have been waiting since September for my rebate.