The US Food and Drug Administration (FDA) announced that it has required the manufacturers of products containing propoxyphene (the generic name of Darvon) to strengthen the warnings about the risk of overdose with such products. The warning applies to pain medications, including Darvon and Darvocet. 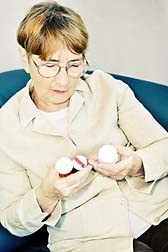 According to the FDA news release, (July 14, 2009), propoxyphene can treat pain effectively when it is used at recommended doses but can cause fatal overdose if not used according to guidelines. The FDA is requiring the manufacturers of Darvon and Darvocet to strengthen the warnings on the drugs' labels and to provide a medication guide alerting patients to the importance of following directions for using the medications.

In taking this action, the FDA has denied a petition from public interest group Public Citizen, which requested a full withdrawal of propoxyphene from the market. A Public Citizen news release (citizen.org June 19, 2008), noted that, "Propoxyphene is physically and psychologically addictive, is no more effective than safer alternatives and has been associated with more than 2,000 accidental deaths in America since 1981." The petition also noted that there were 22 million propoxyphene prescriptions filled in 2007, making it one of the 25 most prescribed generic drugs that year.

More DARVON News
"Propoxyphene has one of the worst benefit-to-risk ratios I have ever seen for a drug," said Sidney Wolfe, M.D., director of Public Citizen's Health Research Group in a news release (January 30, 2009). During testimony before an FDA advisory committee, Wolfe cited information from the Federal Drug Abuse Warning Network (DAWN) from 2007 that showed 503 deaths linked by medical examiners to propoxyphene use. As many as two-thirds of those deaths were ruled accidental.

Public Citizen further notes that the U.K. began a phased withdrawal of Darvocet from the British market in 2005. Furthermore, a special panel to the FDA recommended in January, 2009, that the agency ban Darvon and Darvocet. However, the FDA has determined that propoxyphene should remain on the market, with stronger warnings about the risks of overdose.

Propoxyphene has been on the market since 1957 and is in a group of drugs known as opiods. It is used to treat mild to moderate pain. Darvocet is a combination of propoxyphene and acetaminophen.

If you have suffered losses in this case, please send your complaint to a lawyer who will review your possible [Darvon Darvocet Overdose Lawsuit] at no cost or obligation.
Request Legal Help Now